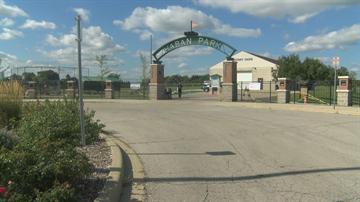 MOUNT PLEASANT- Police in Mount Pleasant may have a better idea of what caused a massive fight at a youth football game on Saturday at Haban Park.

A 31-year-old man hit a 15-year-old in the face and then tried to flee the scene in his car.

When he tried to take off in the vehicle he struck two parked cars and then hit a 40-year-old pedestrian.

The man left the scene, but later turned himself into police.

A 17-year-old male also got into a fight with a 40-year-old parent.

The 17-year-old hit the parent in the face and then left the scene. He was arrested a short time late.

According to court documents released Monday, a witness said that a coach was yelling and swearing at the kids, which sparked another argument between two women.

It goes on to say that people tried to break it up and one of the women was punched by one of the players.

Police say that's why Juan Carlos Bahena, the 31-year-old, punched that player, who is the 15 year old.

Bahena is facing a number of charges.

The Racine Youth Sports league said they view this type of behavior as unacceptable under any circumstances.

They added that it's disappointing that parents and adult spectators fail to serve as good examples and role models for our children.

The league said they plan on banning anyone responsible from Haban Park and future RYS games or events for life.

They also said they want to prevent this from happening again and CBS 58 was told that means an increased police presence at games.