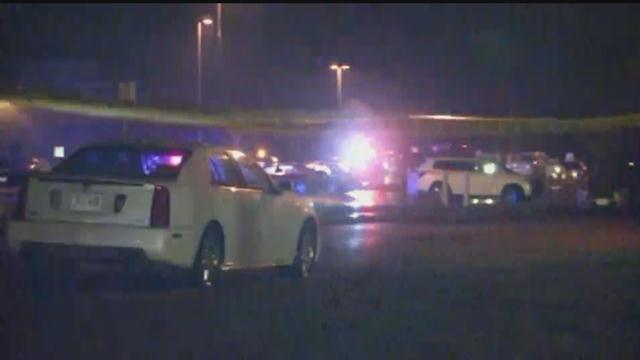 (AP) — The police chief in a northern Wisconsin town where a gunman wounded two prom-goers before being killed by police says his officers prevented a larger tragedy.

Chief Eric Roller at a news conference Monday afternoon in Antigo said their response "saved a lot of lives" by preventing the shooter from ending up inside the dance.

Roller also said 18-year-old Jakob E. Wagner arrived on a bicycle armed with a rifle and that investigators didn't recover any other weapons.

He didn't reveal a suspected motive for the shooting.

The parents of one of two students wounded by an 18-year-old gunman who was killed by police outside a Wisconsin high school say their son is doing well after a long surgery to repair his injuries.

A statement Monday from the wounded male Antigo High School student's family identified him as Collin Cooper. The parents say Cooper has come through a long surgery and will recover with time and effort.

He and his girlfriend were shot Saturday night when Jakob Wagner opened fire outside the school during prom. Police say an officer on patrol shot and killed Wagner.

Cooper's parents released a statement through Antigo police saying they were thankful for their son's girlfriend and two other friends on the scene who acted bravely and calmly in light of the circumstances. Authorities said the girlfriend suffered a graze wound.