Undocumented children from border states could be coming to Milwaukee 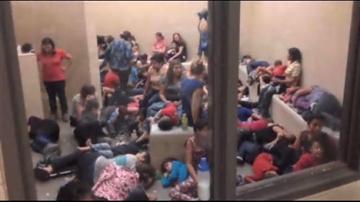 \"We see that as an extension of our mission to help the orphan, \" Father David Bergner told CBS 58. \"If we can help our colleagues on the border states we want to be in that position.\"

Bergner says provided the funding aspects of the process are secured, the chances are good that a certain amount of children will stay in Wisconsin before appearing before a judge or immigration authorities.

Thousands have crossed the border into the U.S. from Mexico. Most are feeling Central American countries and are without their parents.

They're being held in overcrowded facilities and now FEMA is involved.

\"We need to treat those people with real compassion,\" Johnson said, \"but dispersing them throughout the country sends the wrong message to the parents and they're going to just keep coming.\"

Johnson says for the thousands who do make it up to the U.S. countless others are raped or murdered before they ever arrive.

He says that's why it's critical to send a message that will stop parents from taking such a chance.