Uncovering the Truth: How DNA Can Solve a Cold Case in Kenosha County 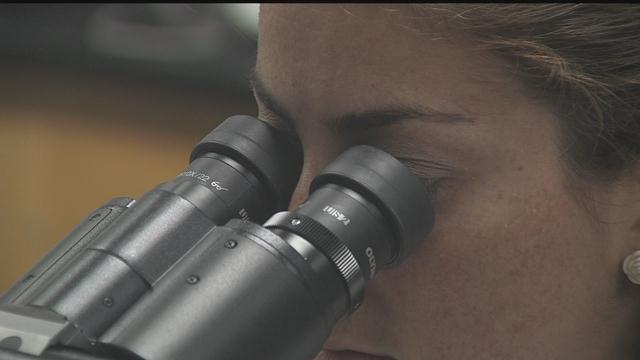 Analysts in Texas are examining the remains of an infant buried in 1989, in Kenosha County. Those remains were sent to a specialized lab at the University of North Texas to extract DNA. The lab is one of only nine in the country that specializes in extracting DNA from buried remains. The lab operates under a federal grant, making it a cost effective option for Kenosha County.

“I think it’s often favored by a lot of agencies because it’s at no cost to the agency," said Todd Matthews, the Director of Case Management for the National Missing and Unidentified Persons Systems or NamUS.

Matthews says cases that involve infant remains are tougher than adult cases because there are no fingerprint or DNA records on file. However, there are several factors that determine success. In this case, Matthews and local DNA expert, Professor Fred Anapol, say the probability of success is high.

“Long leg bones, arm bones are actually the ideal place to get the DNA, and they have a very good track record of getting that DNA," said Matthews.

"I'm sure they're going to find some DNA in there," said Professor Anapol.

Anapol is the Director of the Center for Forensic Science at the University of Wisconsin-Milwaukee. He says the conditions in which the remains were found is important, including whether or not the person had a proper burial. In this case, Baby John Doe did. The environment also plays a role.

The body has been buried some 26 years, and while that sounds like a long time, these experts say, scientifically speaking it's not.

"We have done DNA tests on bodies that have been unidentified for decades, literally decades," said Matthews. "So, it’s not at all uncommon."

There’s no time frame on how long DNA extraction will take, but Kenosha deputies are optimistic it will lead to a break in the case.

“Ultimately we hope to have charges against the person who of course left an infant under a bridge," said Sgt. Eric Klinkhammer of Kenosha County.

Once the DNA has been collected and the examination is complete, the plan is to return the baby to  St. John’s Cemetery, according to Kenosha deputies.