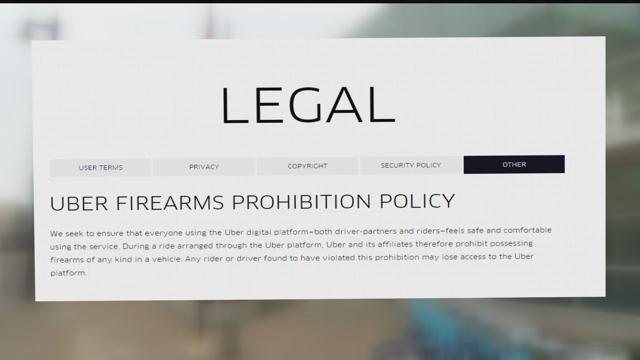 With new details emerging on the shooting spree in Kalamazoo, Michigan questions about Uber's background policy are being asked by concerned users.

At the Milwaukee Intermodal Station arriving and departing passengers passengers huddled around the taxi line on Monday afternoon.

B.J. McBride said just got in from Chicago and heard about the Kalamazoo shooting during the weekend.

"It frightens a lot of people to even trust them now because we want to know more carefully what kind of people they are," McBride said.

The suspect, 45-year-old Jason Dalton, had no criminal record - according to authorities - and was an active Uber driver, passing their background check and picking up passengers during Saturday's manhunt.

Back at the Intermodal Station, Nick Cardwell said he is open minded about guns but this situation disturbed him.

"It was just crazy. Just crazy. Yeah, drivers need protection but then again you don't know what the mind of the driver is in. It's a catch-22," Cardwell said.

Uber's official policy posted to their website is this: both drivers and passengers are prohibited from carrying weapons while using the service.

Typically complaints are made through an online feedback system.

"I don't want to say anything about the company being a bad company. But at the same time maybe they need to take it another step forward," Cardwell said about background checks.

"If you've got a weapon and you know you're fitting to come pick up somebody especially with kids it shouldn't be admitted or allowed," McBride said.

"You working. That's business so I don't think it's right," McBride said.

Uber faced criticism from gun rights activists last year after deciding to ban weapons for users of the service. The reason given publicly for the change was for more comfort for drivers and passengers.