Typhoon slams into Vietnam, washes away homes and leaves at least 15 dead 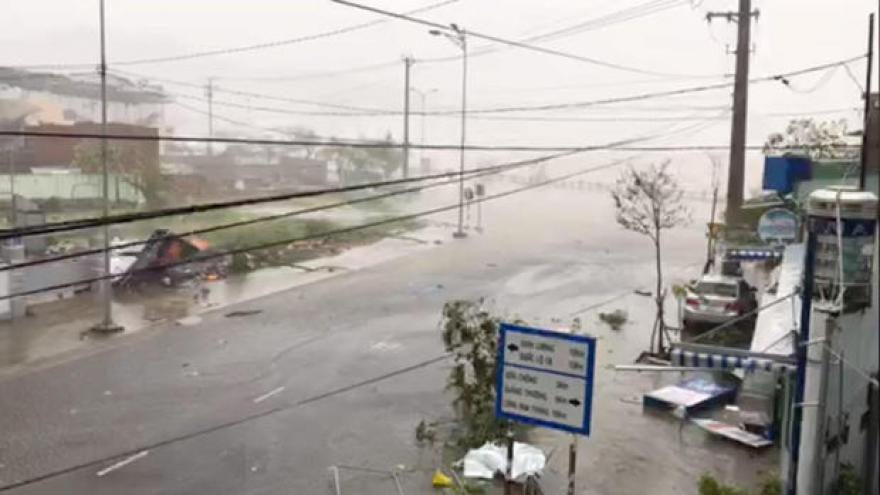 In the worst-hit province of Khanh Hoa, 14 people were killed by collapsing houses or washed away by floods, the provincial disaster agency said in a statement.

The typhoon destroyed 302 homes and blew roofs off of more than 25,000 others, while sinking 112 transport and fishing boats, the agency said. The typhoon also caused extensive damage to the province's rice fields and other crops.

One person was killed and four others reported missing in the provinces of Binh Dinh and Phu Yen, disaster officials there said.

Widespread blackouts were reported in the region and dozens of flights were canceled.

More than 35,000 villagers in high-risk areas were evacuated to safe places before the arrival of the typhoon on Saturday morning, according to the Vietnam Disaster Management Authority. Schoolchildren in several provinces were ordered to stay home to ensure their safety.

It was the second natural disaster to hit the Southeast Asian country in a month. Some 75 people were killed and 28 others were reported missing in several northern and central provinces by flooding triggered by a tropical storm last month.