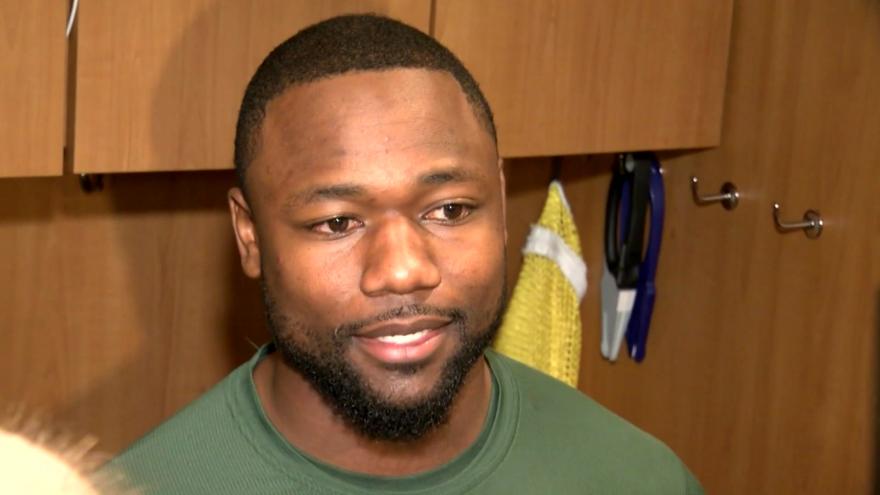 Montgomery fumbled a kickoff return that would have set up the offense with a chance to win the game.

Montgomery spoke publicly about the mistake on Monday. He took full responsibility for what he did but he says the mistake was the fumble, not necessarily bringing the ball out of the end zone in the first place.

Fans know it's been a rough 24 hours for Montgomery.

"I'm not angry but I think he has to be man enough to own up to it," one fan said.

"He was trying to make a play to help his team win. It didn't work out. Give the man a break," another fan said.

Montgomery says he's barely slept or eaten since Sunday. With just over two minutes left in the game, he fumbled a kickoff return instead of kneeling for a touch back.

The offense would have gotten the ball in a situation where a field goal wins the game.

"I made a split second decision where I talked to Coach McCarthy about it and he understands it. He told me how he'd like me to handle it moving forward," Montgomery said. "I did blow the chance to win the game. I'm well aware of that and I took responsibility."

Some Packers fans on social media didn't take kindly to Montgomery's role in the loss. There have been profane and threatening tweets directed at him. To make matters worse, an NFL.com report said Montgomery willfully disobeyed the coaching staff in bringing the ball out.

"The conversation is shifting from a bad decision to a question of character. Honestly, that's what hurt me more than fumbling the ball," Montgomery said.

There are calls from some corners for the running back to be cut, something he said he hasn't discussed with McCarthy.

There have been tweets of support from former Packers players including Brandon Bostick who can relate to what Montgomery is going through.

Bostick made a crucial fumble in an NFC Championship game.