'A slap on the wrist': Two women push for tougher OWI laws in Wisconsin after tragic accidents 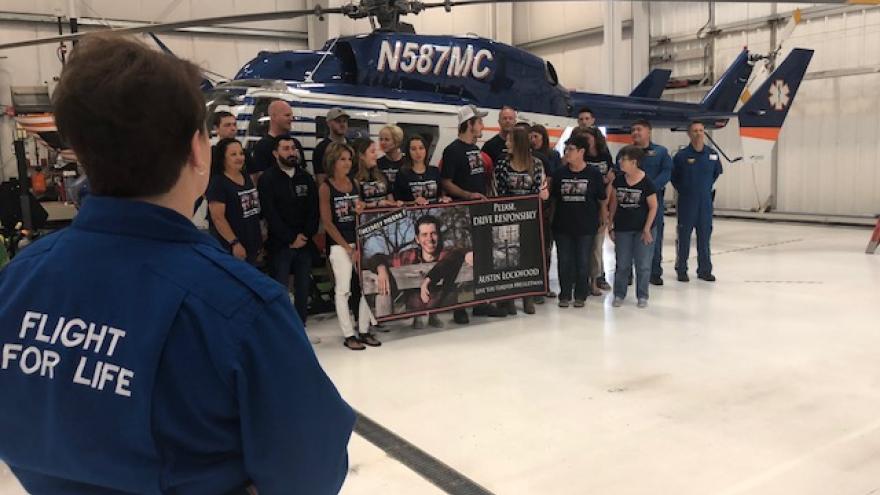 One of them is Sheila Lockwood who tragically lost her son, Austin, one year ago. "Early morning June 10th, a drunk driver killed him, murdered him," she said.

Austin's friend, Eric Labahn, was behind the wheel, and allegedly drunk. LaBahn survived the crash and was charged with drunk driving-related homicide, but Austin’s family said he hasn't been held responsible.

"To my knowledge, he hasn't spent a day in jail, he posted bond and he's been living his life freely," Lockwood said.

After the tragedy, Austin's mother has been writing letters to state officials to make the laws stricter. "We're doing something in Austin's name," she said. "There are really not a lot of consequences to drivers. A little bit of a slap on the wrist, it seems."

Jennifer Kilburn’s life was turned upside down, too. She woke up in a hospital fighting for her life after being hit by a drunk driver in August of 2018. "My thigh bone went right through my pelvis, and shattered it into 20-something odd pieces.

The man who hit her was arrested, but released. He got back into a car, still impaired.

"Yeah, I'm mad at the guy cause he made a stupid decision, but I was actually more upset with the fact that the system didn't protect me,” Kilburn said.

The driver was eventually sentenced to six years in jail.

First responders with Flight For Life in Waukesha said everyone can learn from these stories.

"A large portion of our scene calls are motor vehicle accidents and a lot of them are related to texting and driving, and alcohol-related driving,” said Mindy Lynch, Registered Nurse with Flight For Life. “Often, it is the person that's not driving that's injured or killed."

It's a tough reality for families impacted -- one they don't want anyone else to experience.

According to Kilburn, she has been speaking with State Rep. Samantha Kerkman about rewriting the laws, so drunk drivers aren't released in less than 12 hours, once arrested.

"I have not been asked to come out to the Capitol yet to speak and tell my story, but I'm ready for it, any day," she said.