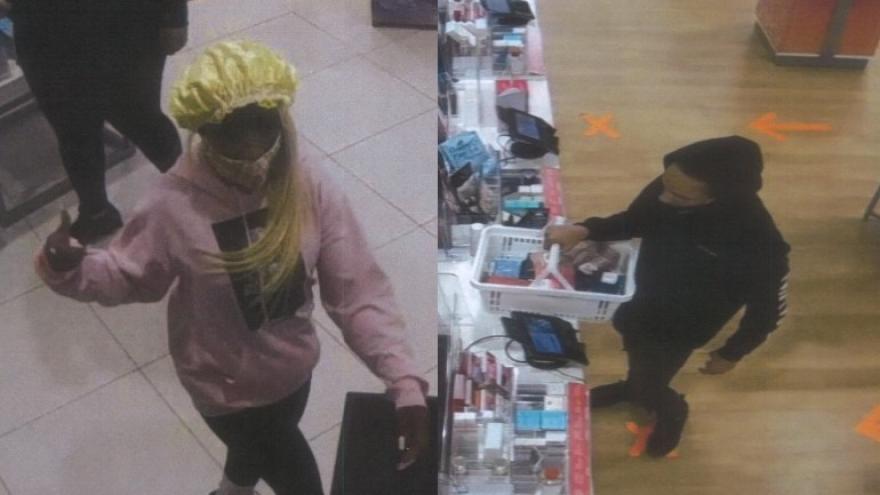 MENOMONEE FALLS, Wis. (CBS 58) --- Menomonee Falls police are searching for two suspects who stole over $1,500 worth of cologne and perfume from Ulta Beauty Friday, Jan. 23.

According to a news release, the suspects fled the store and left the scene in a silver car with no plates.

The first suspect is a Black male between the ages of 18 and 24. He was wearing black shoes and pants, and a black hooded sweatshirt with the words "Calvin" on the left sleeve and "Klein" across the back shoulders, and "Jeans" on the right sleeve.

The second suspect is a Black woman between the ages of 18 and 24. Police say she has long blonde hair, black leggings, pink hooded sweatshirt and a shower cap on her head. She also had long acrylic pink fingernails with jewels and oriental style lettering on them.

Anyone who has information on the identification of either of the two suspects, you are asked to contact Officer Lawson at 262-532-8700 and reference case #21-002531.