Two Vets Died With No Family to Mourn Them. 400 Strangers Made Sure That Didn't Happen 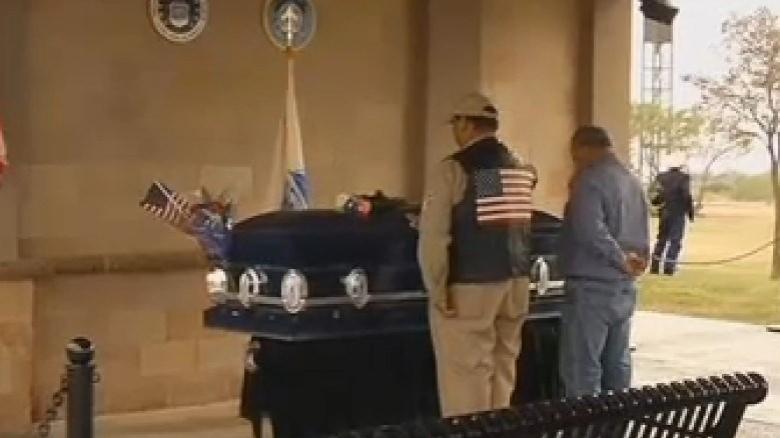 (CNN) -- They left this world with no family or close friends around to mourn them. Still, they weren't laid to rest alone.

Funeral services were held Thursday in Corpus Christi, Texas, for two Vietnam War vets. When Army veteran Clifford Ray Dudley and Marine Lance Cpl. Dennis Ray Ashley both died recently, no next of kin or family could be found.

So the Coastal Bend State Veterans Cemetery put out a call to the public, seeking people who would attend the funerals, with full military honors, for the two men. An estimated 400 people, all strangers to Dudley and Ashley, showed up to pay tribute.

"We leave no man behind. Never have and we never will," Butch Cone of the Patriot Guard Riders of South Texas told CNN affiliate KRIS. "As long as there is nobody to honor him, he is one of our brothers, and we're not going to let him go without the proper ceremony and the proper respect."

A group of high school students were there too. They felt like the name of their school -- Veterans Memorial High School --- compelled them to attend.