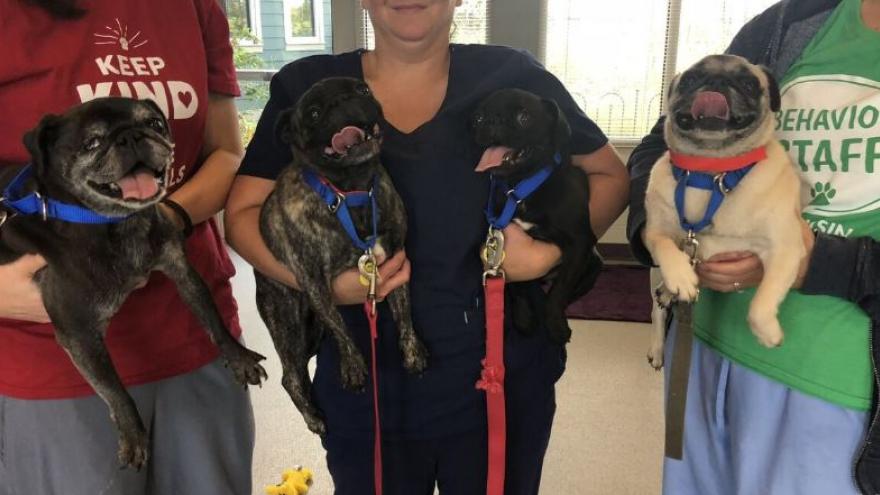 OZAUKEE COUNTY, Wis. (CBS 58) -- The Wisconsin Humane Society confirms that the two pugs who were up for adoption on Tuesday have been adopted.

OZAUKEE COUNTY, Wis. (CBS 58) -- Two out of four little pugs found in a field in Ozaukee County are now up for adoption.

The dogs were found running loose near Lake Shore Road in Grafton. They were brought to the Wisconsin Humane Society's Ozaukee campus last week and have not been claimed.

The female dogs range in age from two to ten years old. While two are ready to be adopted, the other two need a little more medical attention and are expected to go up for adoption later in the week.

Interested adopters should keep an eye on www.wihumane.org, as the dogs will be posted to the website as soon as they are available; adoptions are first-come, first-served, as long as it’s a good fit. The Pugs can be adopted separately, although staff would welcome adopters willing to take on more than one. If you would like to make a donation in honor of Pugster, Pugsley, Pugzilla and Pugsworth to help toward their medical care, please click here.