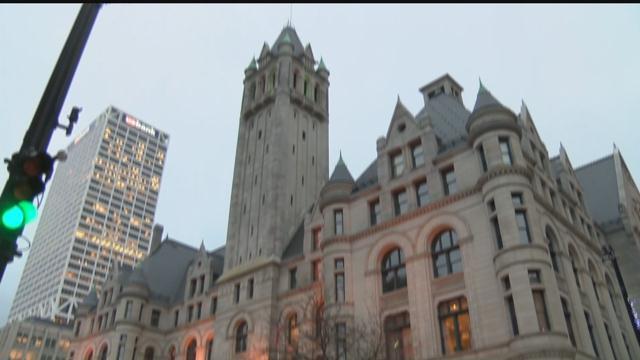 Two men arrested on suspicion of supporting terrorism are due in federal court this afternoon.

The Iraqi refugees were arrested in Sacramento and Houston.

However, investigators say one of the men AWS Mohammed Younis Al-Jayab spent time in Milwaukee.

Also, a brother and cousin of Al-Jayab appeared in Milwaukee Federal Court this morning on non-terrorism charges.

Federal officials say there are no signs the men were plotting an attack in America, but their investigation was cut short when news of the case was leaked.

AWS Mohammed Younis Al-Jayab and Omar Faraj Saeed Al-Hardan are due in federal court in Sacramento and Houston today they're being held on terrorism related charges.

Court documents allege that Al-Hardan and Al-Jayab were intent on fighting alongside terrorist organizations in Syria.

Both men are Iraqi refugees.

Al-Hardan had been in the US since around November of 2009 while Al-Jayab arrived in October of 2012.

According to court documents, in 2012, 23 year-old Al-Jayab used social media to communicate with people inside Syria and (pg 4) "...expressed his desire to return to syria to "work,"..."

He was also, allegedly, communicating with 24 year-old Al-Hardan, who prosecutors say is associated with members and sympathizers of ISIS.

While living in Milwaukee, Al-Jayab spent time at the now defunct Cudahy gun range, he also pleaded for travel funds and asked online friends for guidance on how to reach Syria.

Investigators say in November of 2013, Al-Jayab flew from Chicago to Istanbul, Turkey before crossing into Aleppo, Syria.

He returned a month later and federal officials say he denied ever crossing into Syria.

He told officials he had been visiting his grandmother in Turkey.

U.S. Attorney Ben Wagner says there is no evidence showing Al-Jayab was planning any specific attack but lying to authorities about his alleged terrorist connection is in itself--a federal crime.

If convicted he  could face up to eight years in a federal prison.

Al-Jayab is expected to appear in federal court around 4:00 pm our time today.

At least two other men were arrested in Milwaukee, but it's unclear if it's in connection to this case.

We made several calls this morning to find out more about the arrests in Milwaukee and it led us here.

The two men arrested made their first appearance in federal court this morning.

CBS 58’s Priscilla Luong spoke with the US Attorney's Office officials emphasized to me two men were not arrested for terrorism.

We just found out their names are Younis Mohammed Al-Jayab and Ahmad Waleed Mahmood.

Al-Jayab is the brother of the two suspects arrested in Sacramento.

And Mahmood is their cousin.

They were at the federal courthouse on Friday for a criminal case.

We also found out the men are suspected of conspiring to transport or receive stolen property-- violating interstate commerce.

They have no criminal record and the judge allowed them to be released from jail.

The judge does not believe they're a threat to public safety.