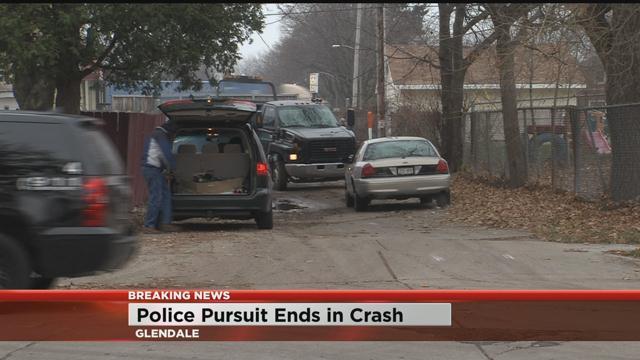 Police tried to stop the vehicle just after 1:00 PM, but the car sped off.

There was a short pursuit with police which ended with the car crashing in Milwaukee near 19th and Custer. Both people in the car tried to run but were captured a short distance away.