OCONOMOWOC (CBS 58) -- As the heartbreak in Ukraine continues, a family with ties to Oconomowoc is showing us that one person really can make a difference.

Sarah Langenkamp graduated from Oconomowoc High School in 1998. For more than a decade now, she's been serving as a diplomat, most recently stationed in Kyiv. Just before Russia's invasion, she was able to fly her kids back to the U.S., but had to return to Ukraine.

This is the Langenkamp family in Ukraine where Axel and Oliver lived with their parents for nearly two years. 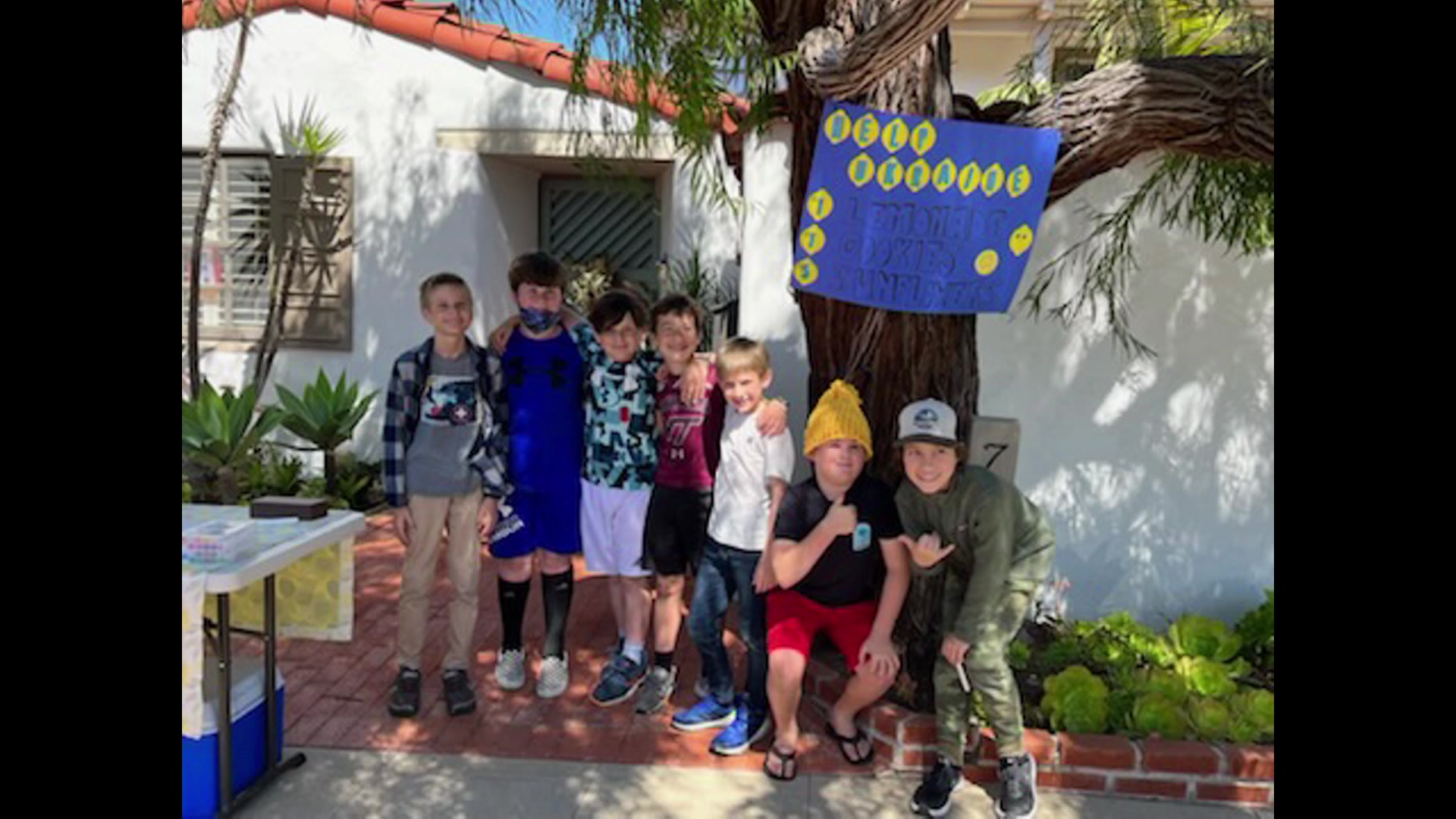 "It really made you feel like home," said Oliver Langekamp.

The Russian invasion has forced this young family to live apart for now.

The boys are now staying with their grandparents in California. Last month, their little lemonade stand made big news.

"You can really achieve a lot. One person can make a big difference," said Oliver.

"So we were just like bloop, bloop and so it was pretty easy," said Oliver, baking cookies and telling people all over town about their sale.

"The day of the lemonade stand I asked them, so how much are you gonna make this time? They said maybe $400 and I said I'll bet you'll raise a thousand dollars and of course they raised over $2,000," said Dirk.

"The lemonade was gone. The cookies were gone and there were still people walking by and saying is this where the sale was and here I have a check and it was quite amazing," said Terry Debbink, grandma of Oliver and Axel.

All in the name of charity. Every cent was donated to the World Central Kitchen, which has been keeping Ukrainian refugees fed in Poland.

And then this coincidence, a guy who stopped at the sale, happened to be headed to a town in Poland to volunteer.

"And I said oh my gosh, that's where Sara and Dan are," said Terry.

The boys quickly made cards.

Miguel Abed got to hand deliver the cards to their dad.

"They really miss you," Miguel Abed said to Dan Langenkamp.

"All of us have split up from our families and we're all really invested in trying to help Ukraine," said Dan Langenkamp.

The boys' lemonade stand story also aired on the CBS Evening News this week. Before it did, the World Central Kitchen's fundraiser was at $700,000. It is now at $2 million.