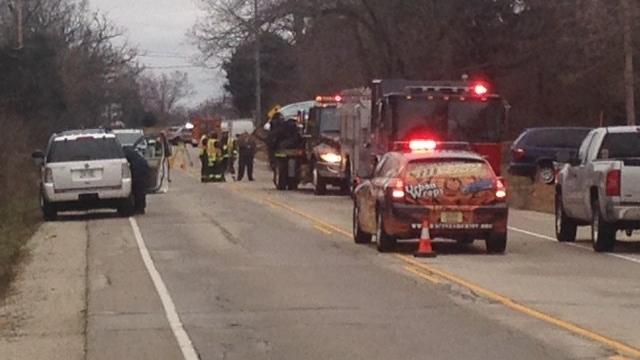 Two men are dead after an early morning car accident  in Racine County.   According to the Racine County Sheriff's Office, the  double fatal accident occurred around 5 a.m. along WI State Highway 75 south of Church Road in the Town of Dover.  According to a news release from the Sheriff's office, the two occupants of the car, a 20-year-old man and 22-year-old man were ejected from their vehicle when it left the roadway, struck  a culvert, became airborne and then hit a tree and a power pole.   They were pronounced deceased at the scene.  The investigation into the cause of the accident continues, but speed does appear to have been a  factor.  The names of the deceased are being withheld until family members have been notified.