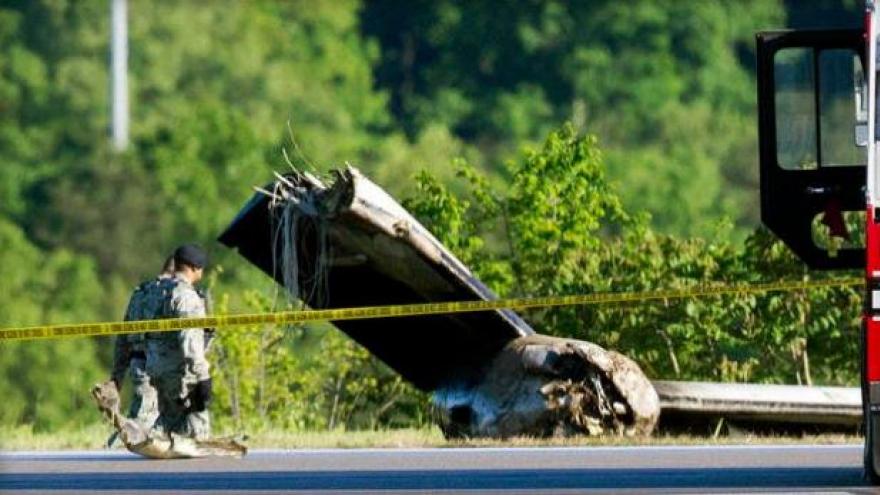 (CBSNews) CHARLESTON, WV -- The pilot and co-pilot were killed when a cargo plane contracted by UPS went off the runway and over a hillside at a West Virginia airport Friday morning, an airport official said.

After crashing, the plane went down a steep, wooded hill and emergency crews were trying to reach the crash site from above and below, airport spokesman Mike Plante said.

The Federal Aviation Administration said in a statement that the plane struck its left wing on the runway before careening down the hill.

The Air Cargo Carriers plane had flown from Louisville, Kentucky, and arrived at the West Virginia airport at 5:43 AM, Plante said.

Air Cargo Carriers is based in Milwaukee with an operating address on Howell Avenue.

The National Transportation Safety Board is investigating. The West Virginia Department of Environmental Protection is also assisting in the clean-up effort, CBS affiliate WOWK-TV reports.

Charleston airport officials have proposed spending $290 million to rebuild and extend the airport runway after a landslide in 2015 took out a church and an unoccupied house. The proposal calls for lengthening the runway from about 6,800 feet to 8,000 feet.