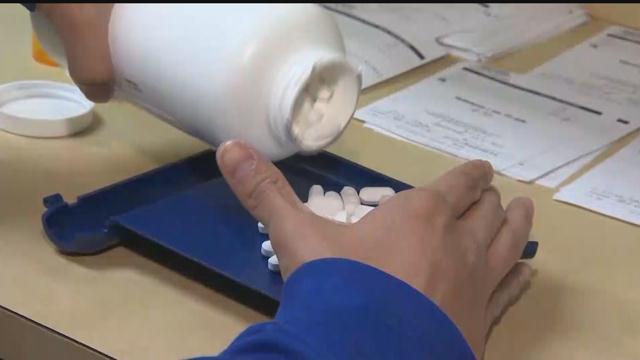 A Northern Wisconsin legislator continued his work to try and battle heroin overdose problem in the state.

It was part of a much larger plan to battle the heroin problem.

On Tuesday, he said he's focusing on one of the roots of the problem.

“Where it starts is with prescription drugs in 80 to 90 percent of the cases… and from the conversation stand point for throughout our state.. .we need people to understand that," Nygren said.

Nygren wants to expand access to a system which already exists in the state.

It's a database that tracks of different types of painkillers people get.

"Doctors are not required to check that database when prescribing an opiate. This law will change that," Nygren said.

Another bill requires pain and methadone clinics to report to the state more than they do now.

The goal is to make sure those clinics aren't helping people stay hooked on painkillers.

The democratic leader in the assembly said he supports Nygren's bills, but said more than can be done.

"There's no question if we were to take the Medicare expansion money or the Badgercare expansion that's what affects primary care which is vitally important in all these issues," State Rep. Peter Barca said.

These bills don't create any new penalties for doctors in the state. Nygren said that's because he wants doctors to become partners to battle the opiate and heroin addiction problems.