Two Being Charged for Laylah Peterson's Death Appear in Court 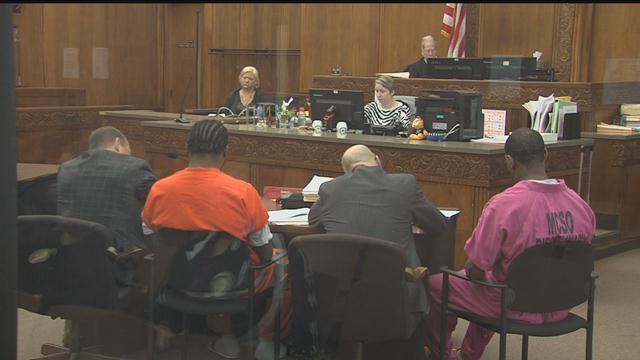 The two men accused of firing shots into Laylah Peterson's home killing the young girl were in court Friday afternoon.

Arlis Gordon and Carl Barrett are both facing homicide charges. Their attorney's argued that the cases should be separated and asked for a change of venue.

That will be determined at a court date at the end of May.

According to their complaint, Gordon and Garrett were out for revenge when they shot into the wrong home in Novemer 2014.

A third man, a getaway driver is also charged in this case.