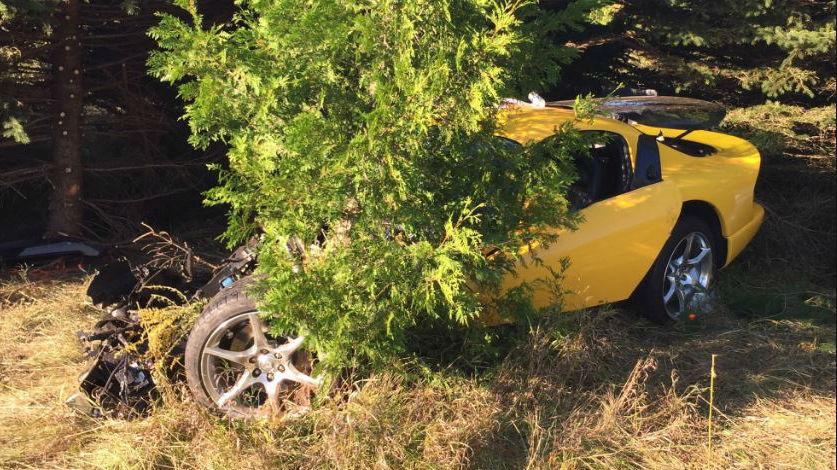 On Sunday September 18 at 1:48 PM the Sheboygan County Emergency Dispatch Center received a call reporting a bad car crash on County Road SS east of State Highway 28 in the Town of Sherman.

Deputies along with a large response from neighboring agencies responded. Two Theda Star medical helicopters were also called to the scene.

Authorities on scene say it appears the car went airborne before striking trees. The engine was thrown 100 feet from where the vehicle stopped landing in a neighbor's front yard.

Both occupants were transported by Theda Star to area hospitals. Batavia Fire Department says the men have serious injuries.

CBS 58 has a crew on scene talking to witnesses. Those witnesses say the car was traveling at 100 mph before driving down a large hill.