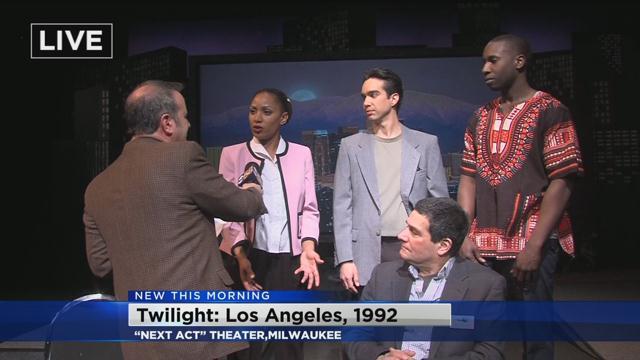 In conjunction with February being Black History Month, the Next Act Theatre is featuring  "Twilight:  Los Angeles, 1992."  It centers around the chaos in L-A following the verdicts of the Rodney King beating trial and people's reaction to it, including King's aunt, police Chief Daryl Gates, and dozens of witnesses and participants.  CBS58's Michael Schlesinger spent some time with some of the actors on Friday as well as the artistic director to get their take on the play. There are only four performances left before the run ends on Sunday.  Make sure to click on the attached link for more information.