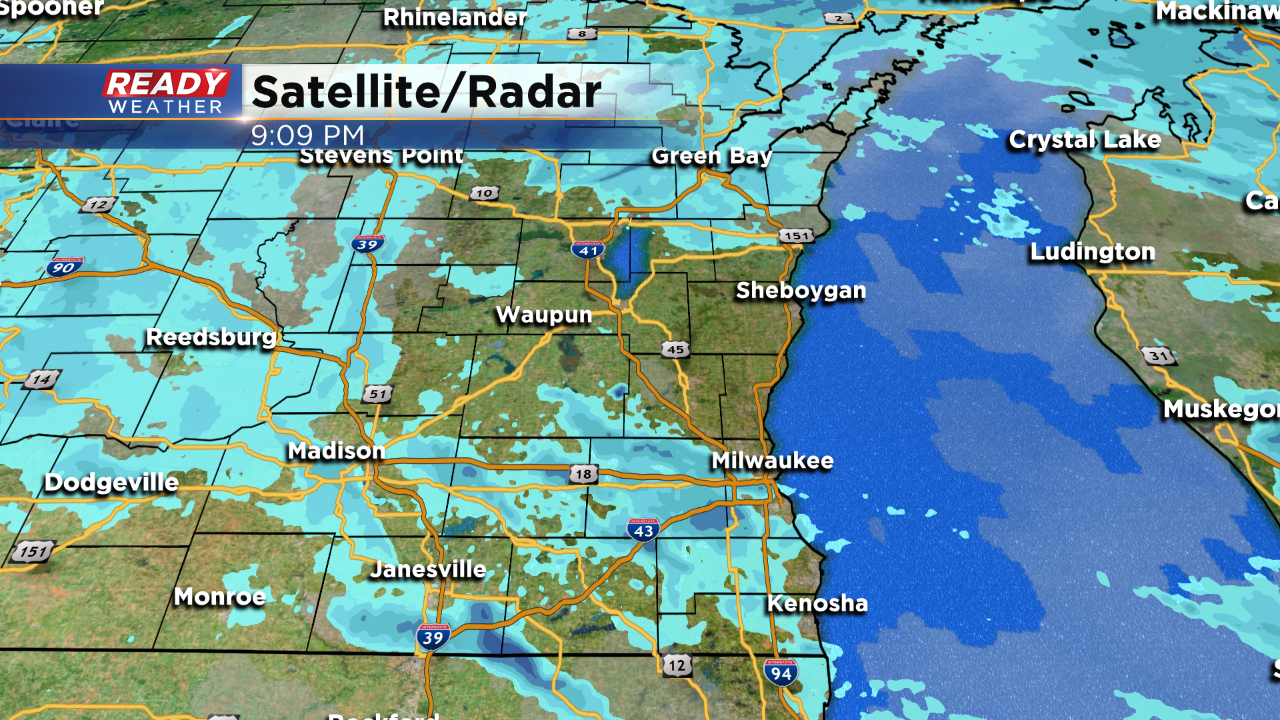 Snow showers are still holding on.  These wraparound snow showers will likely continue through midnight.  Expect a quick dusting to an inch as these snow showers come through.

Additional snow will create more slick roads and side streets. 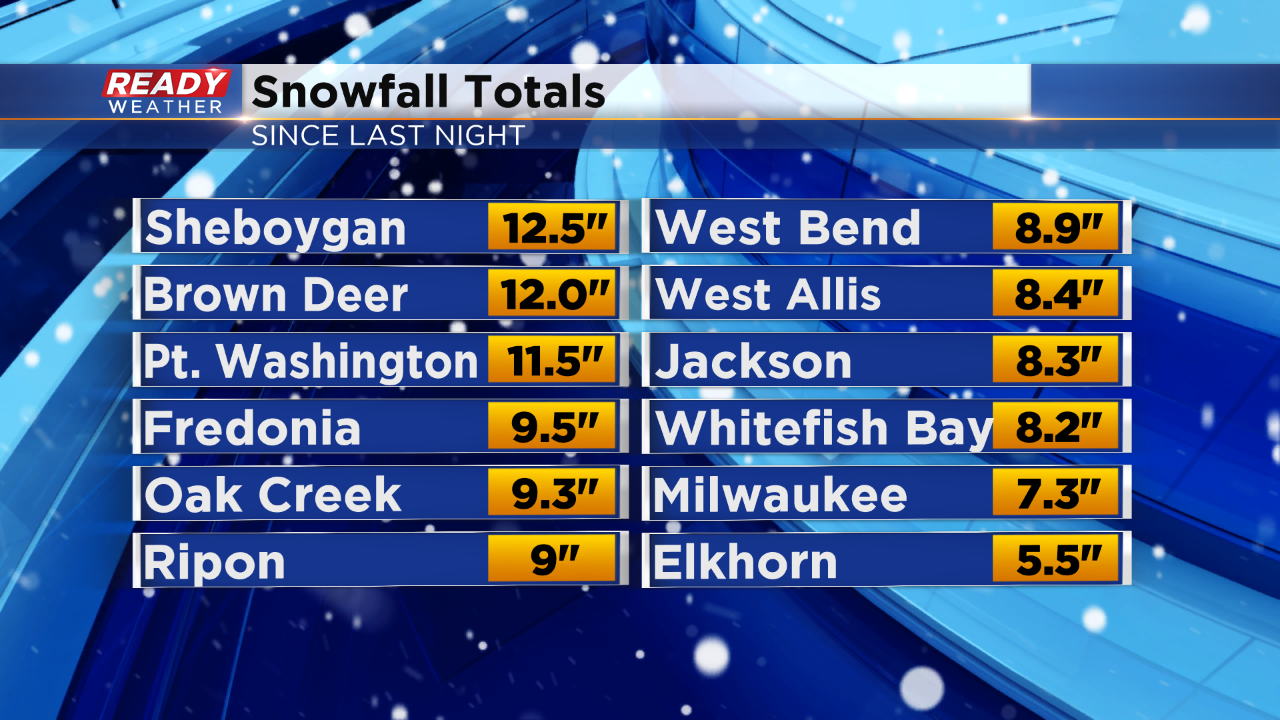 Here are some of the updated snowfall totals.  While snow showers remain likely though 10 pm, the winds are really going to pick up behind a strong front.  The winds could gust as high as 35 mph causing drifting and blowing snow, 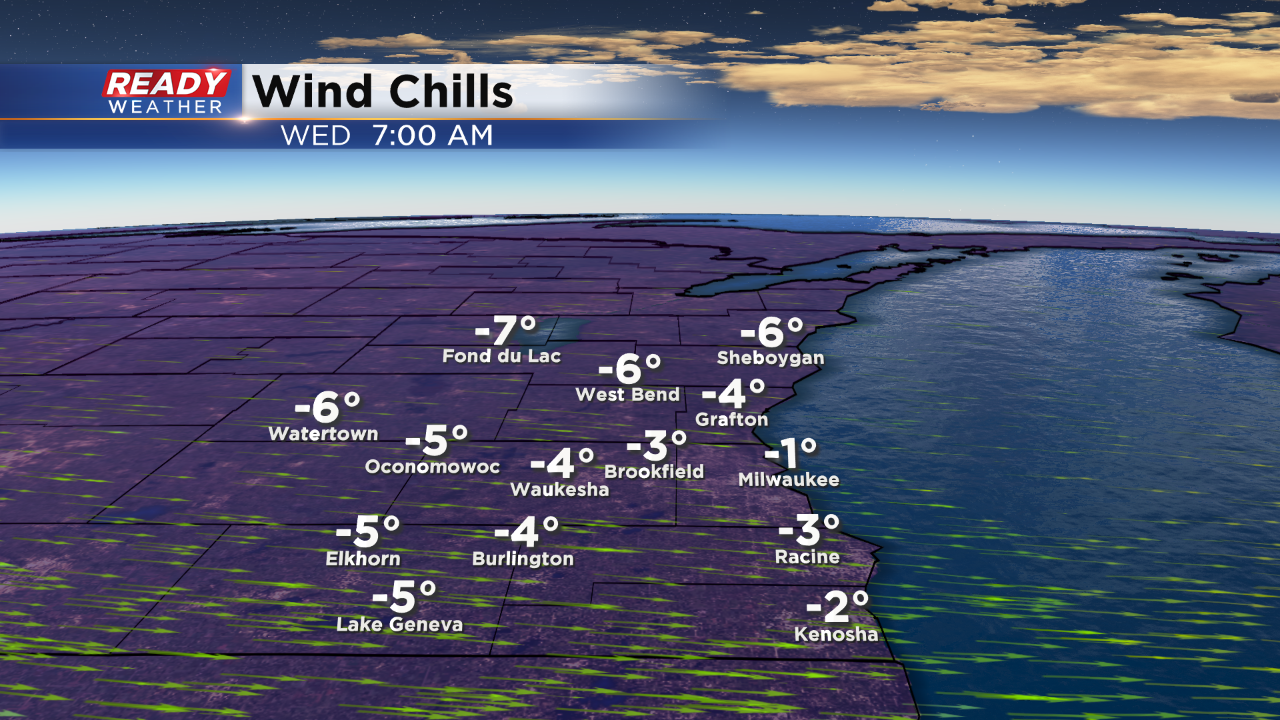 The wind will also create some very cold wind chills for Wednesday morning. 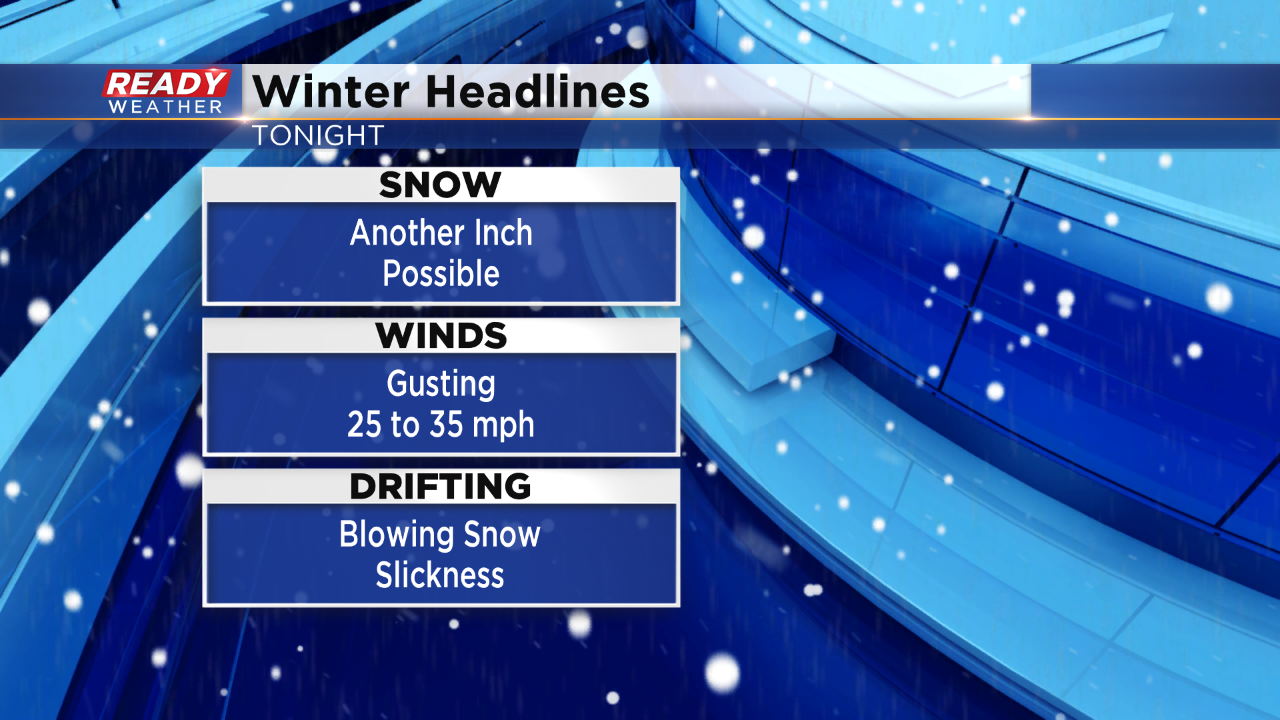 The advisory and the warning will continue until 3 am.  The last push of measurable snow is moving back in across the area now.  This will create more slick roads for the evening commute.

The snow will weaken later this evening and turn to flurries. 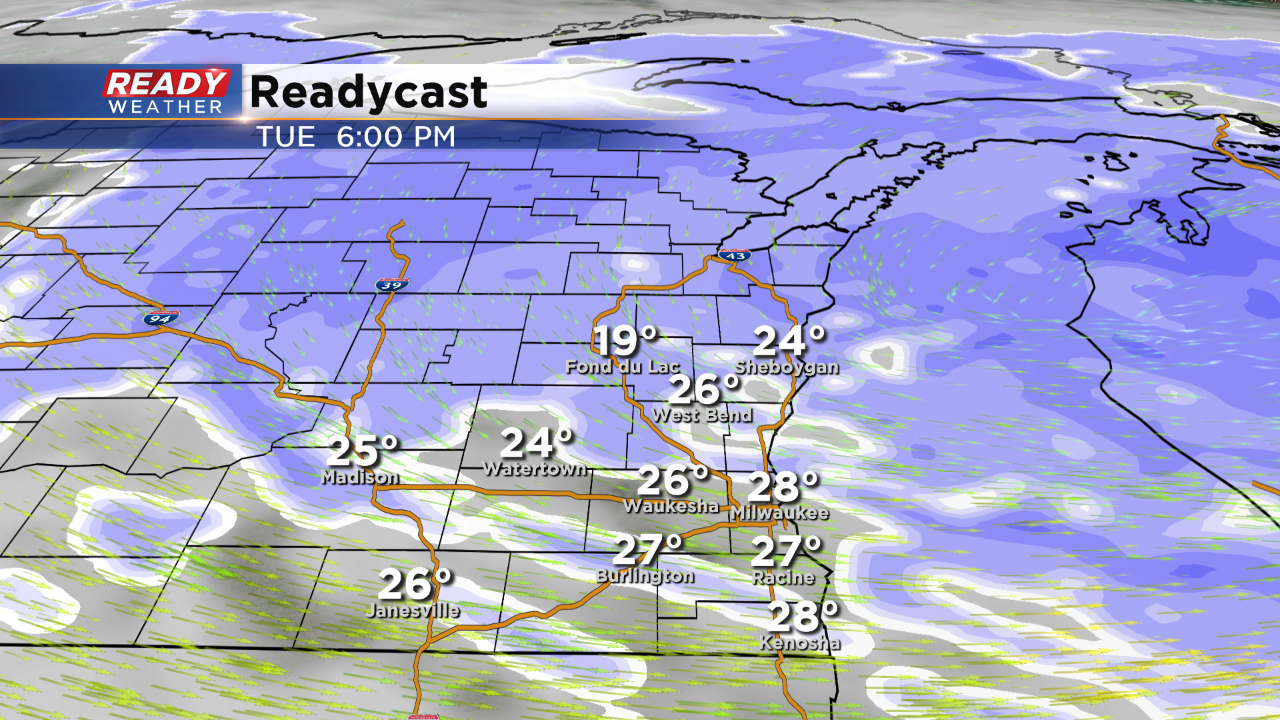 Snow showers and drizzle will continue throughout the rest of the afternoon and evening.  The heaviest snow accumulation is done; however, up to another inch of snow is possible through midnight.

Scattered snow showers will continue for the remainder of your day. Wind wrapping into this storm will provide lingering blowing and drifting snow issues through late tonight. Due to this, the Warning and Advisory have been extended until 3am Wednesday morning. An additional one to perhaps isolated three inch snow totals are possible.

Take a look at amounts so far: 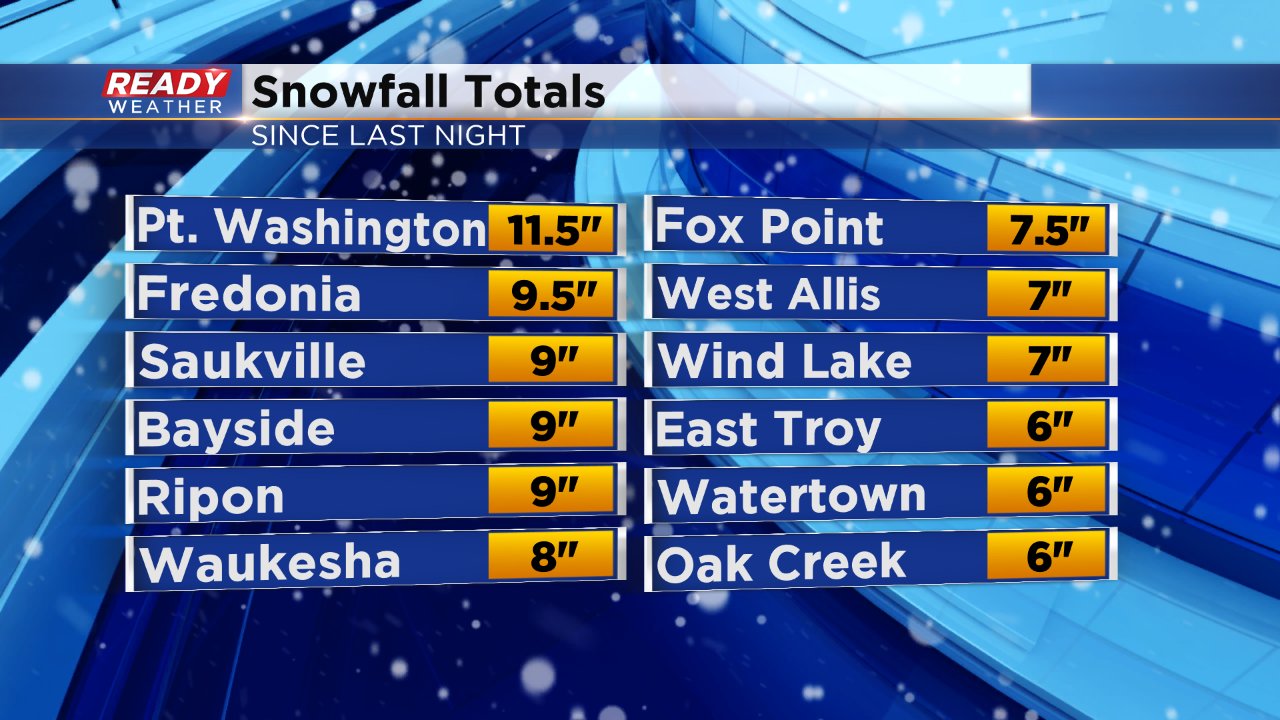 While snow showers will become more scattered as the day unfolds, there's an abundance of snow and slush on roads at this time. Plan for extra time if you do need to travel today. 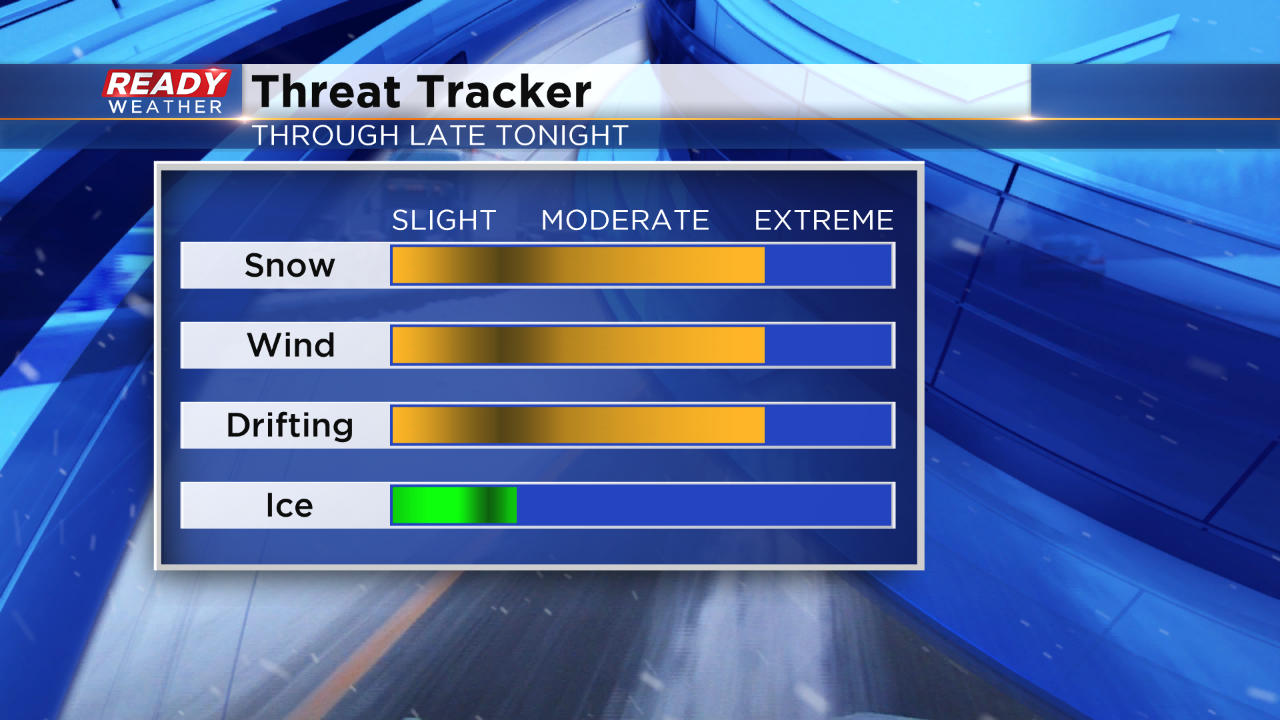 Blowing and drifting snow as winds turn northwest will lead to travel troubles through the overnight.

The steadier snow will start to wind down into the afternoon.  But not before dropping another inch or snow on the ground.  This will add to the 7-12"+ amounts we've seen since the storm began. 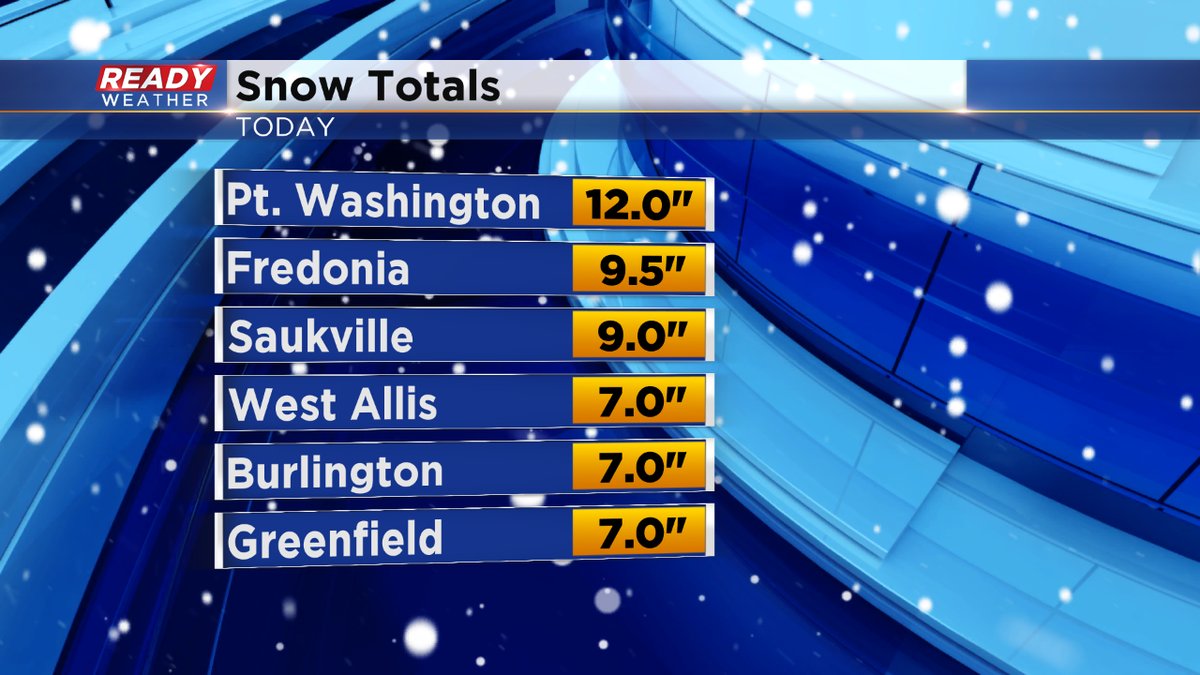 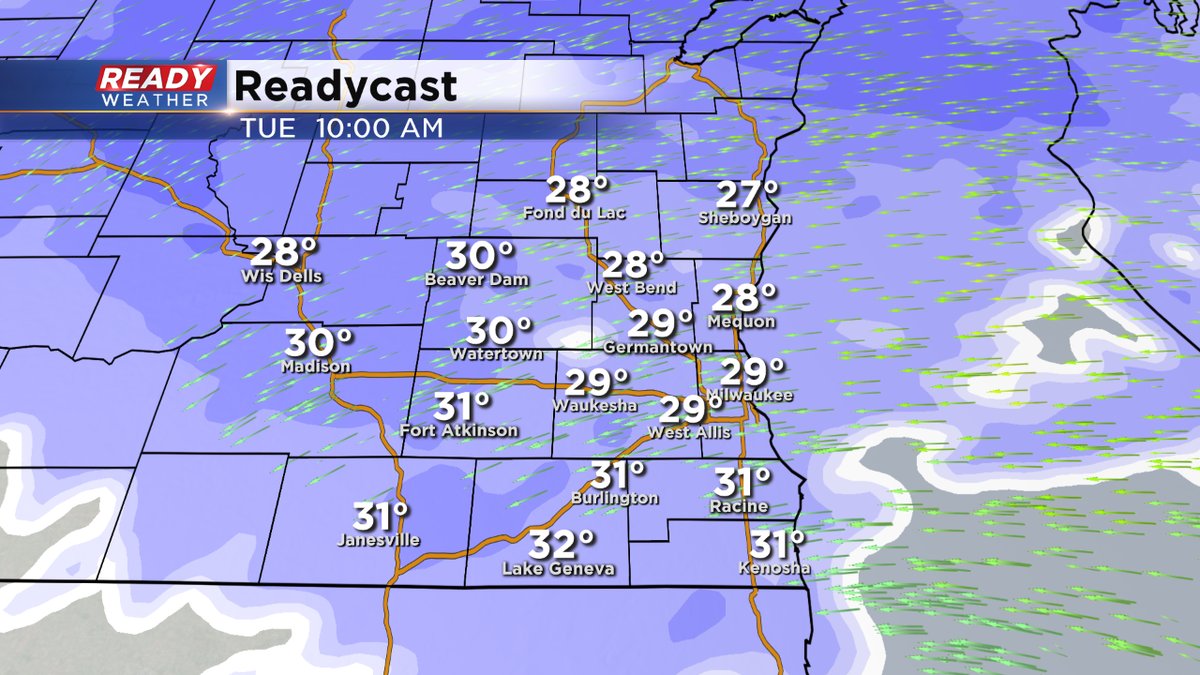 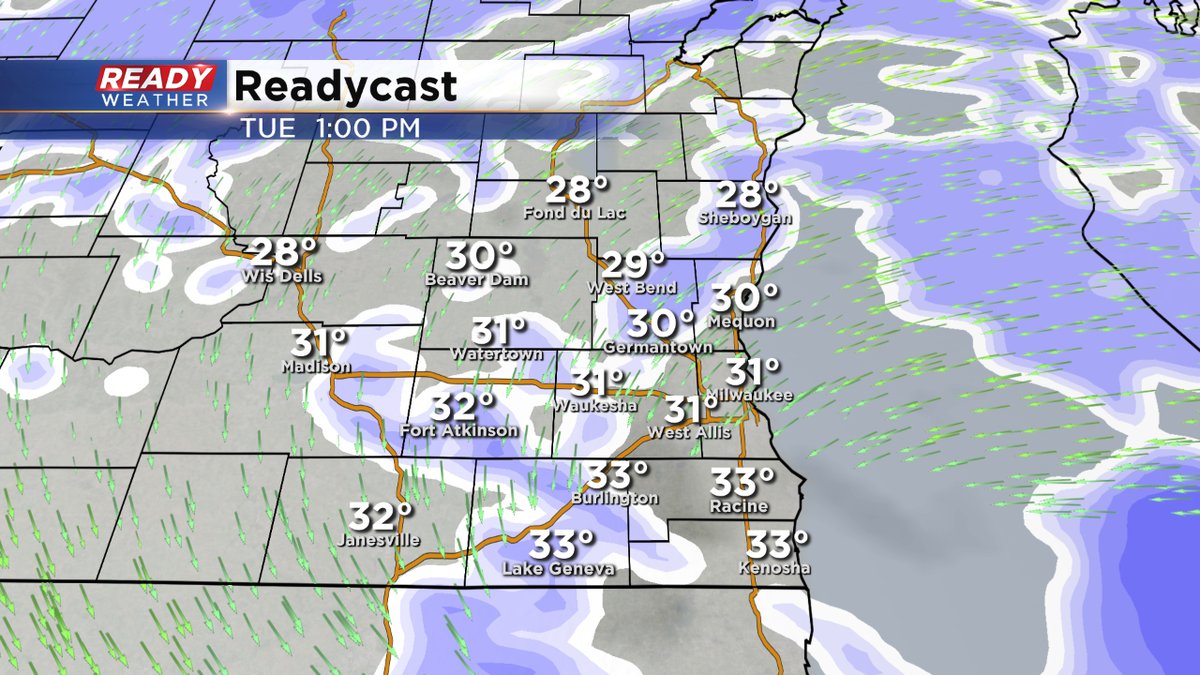 For the afternoon, we get behind low pressure, and the winds turn to the west.  The gusts will move some of the snow around, causing some blowing and drifting.  Temperatures quickly fall into the 20s this evening, creating even more slick spots.

Some of the snowfall amounts are coming in from overnight.  And just as we expected, the totals are impressive.  More than 9 inches across the northern tier of the viewing area, including places in Ozaukee County.  For the rest of the day, expect a few more inches possible on top of what we've seen.  The snow will become more scattered as we proceed through the day.  It'll become lighter in texture too, causing some blowing and drifting.  Please watch the roads, especially tonight as temperatures drop into the teens. 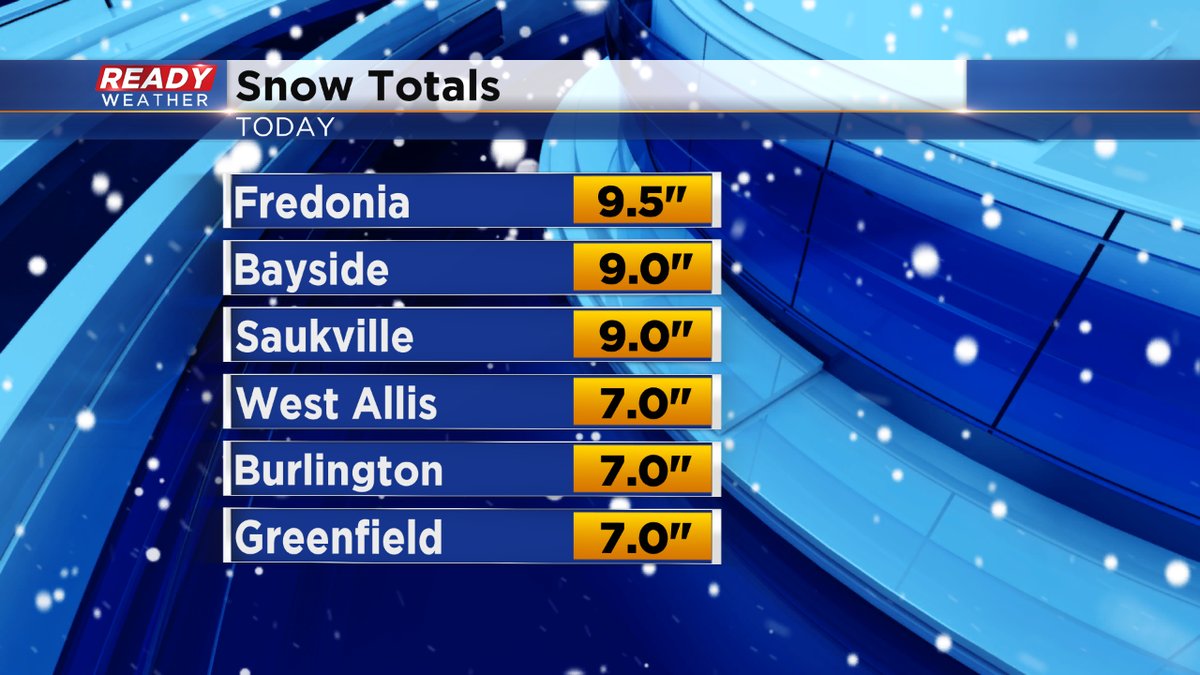 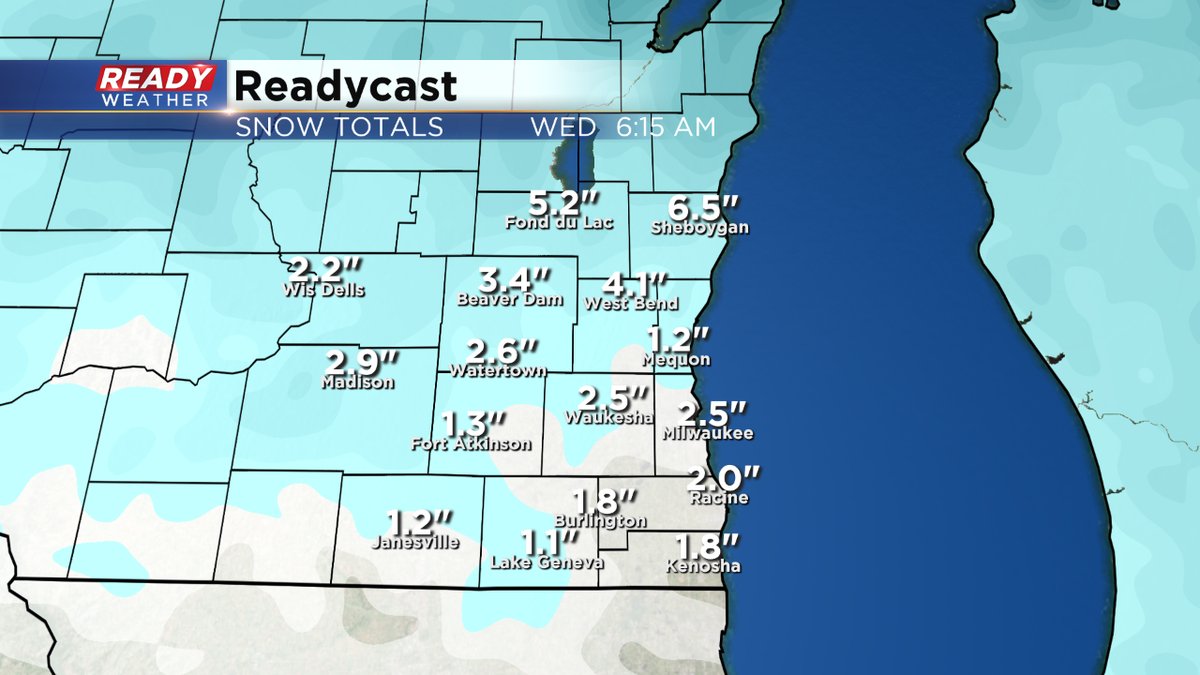 The snow will keep on flying this morning although it looks like it'll lighten up for a bit for the tail end of the morning rush.  But then the gap will fill in late in the morning into the afternoon.  Look for lighter snow at that time.  Additionally, we could see a few more inches on top of what we've seen. Watch the much colder air tonight, causing many icy spots. 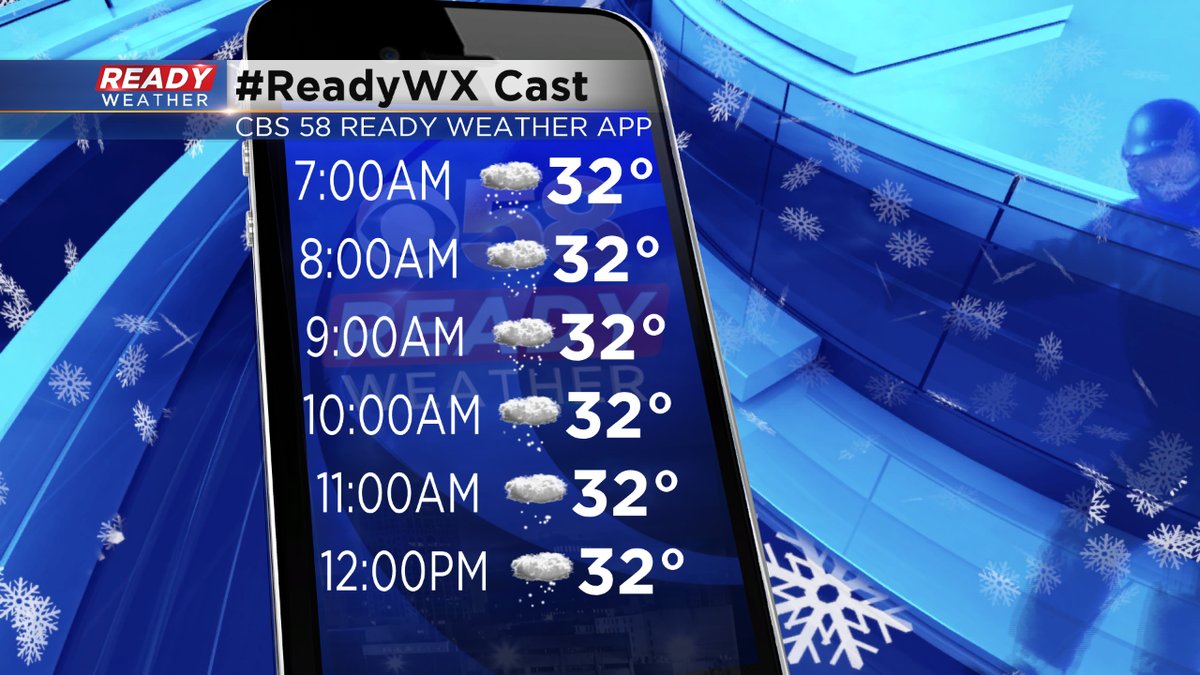 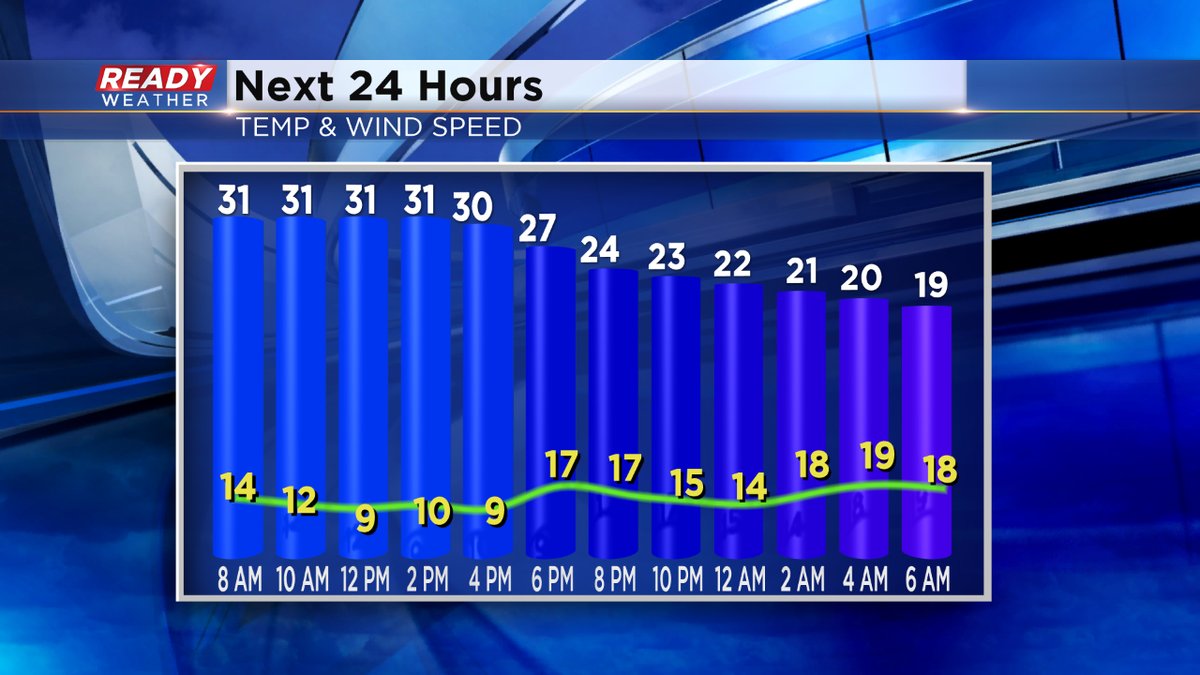 Milwaukee (CBS 58)--Snow has been collecting overnight.  Several inches at least.  To the south of I-94, the issue has been freezing rain and sleet mixing in, perhaps reducing the amounts a bit.  Light to moderate snow will continue this morning, becoming more scattered during the afternoon.  Blowing and drifting will become more prevalent this afternoon and evening.  Snowfall amounts will range between 7 and 12 inches in general.  Keep in mind the Winter Storm Warning will stay in place until midnight except for Racine, Kenosha, and Walworth Counties. 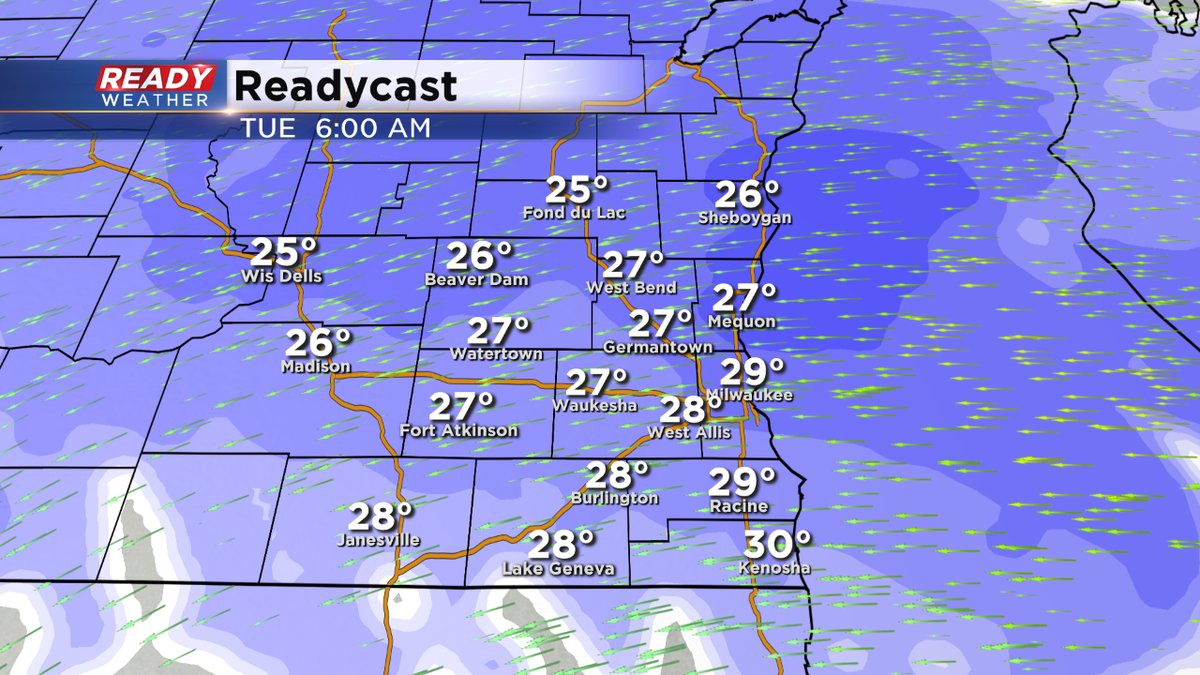 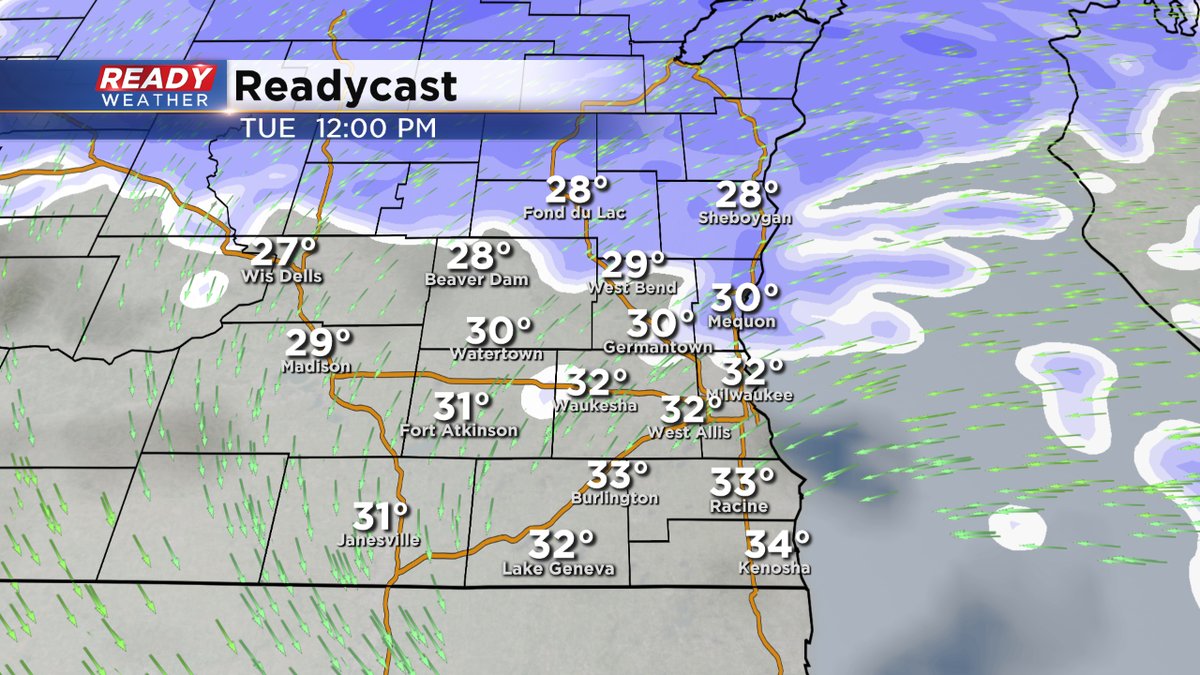 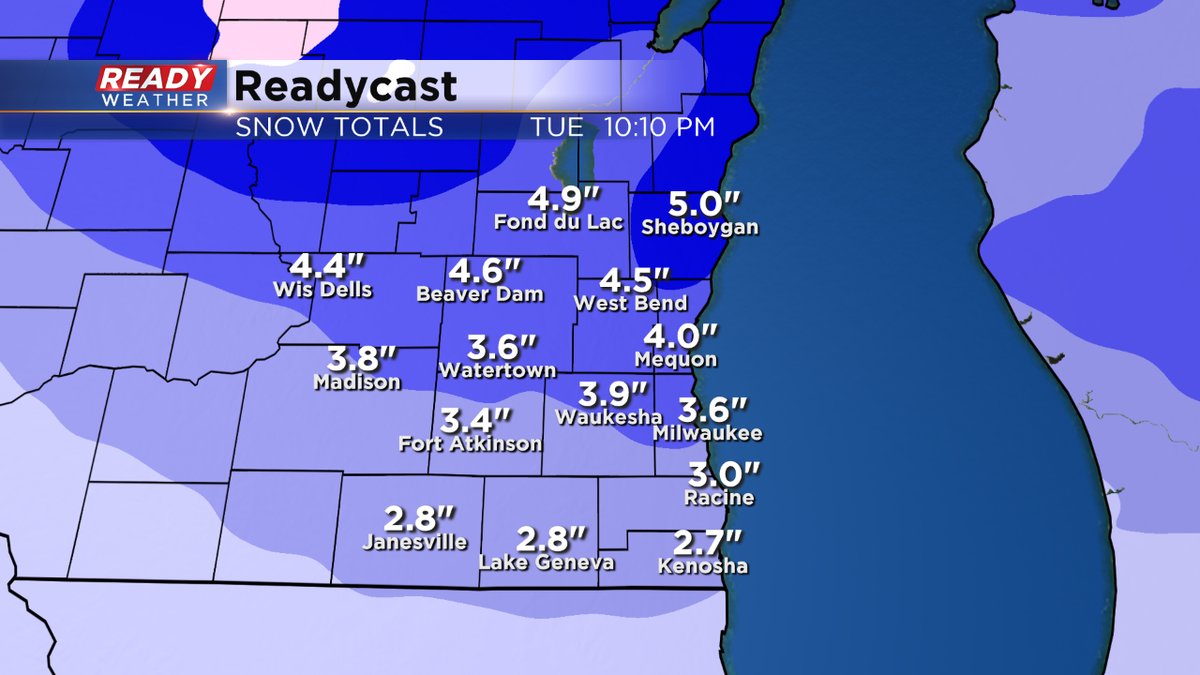 We take a break on Wednesday and then there's the chance for some wintry mix on Thursday.  Nothing major!

Stay tuned to CBS 58 for all the latest on this winter storm and make sure you've downloaded the free CBS 58 weather app.