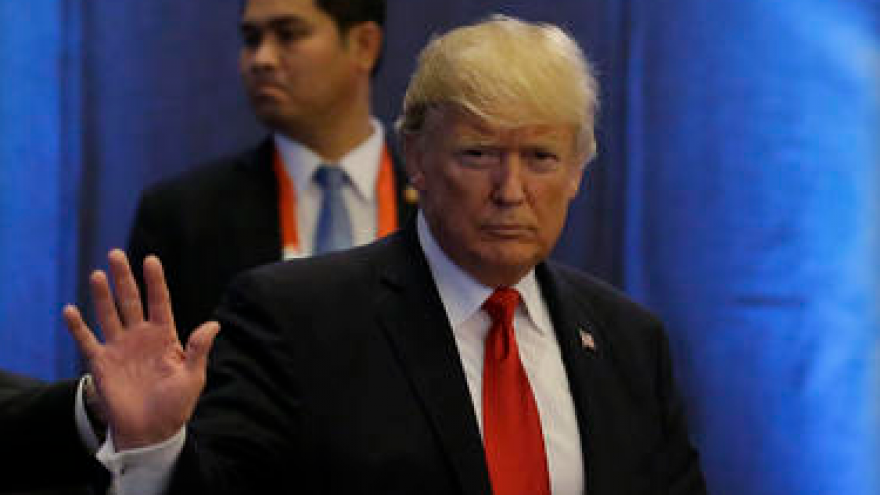 (CBS NEWS) -- President Trump tweeted late Thursday night about the allegations that Democratic Sen. Al Franken "kissed and groped" a woman against her will -- but he did not comment on the sexual misconduct allegations against Alabama Senate candidate Roy Moore.

Anchor Leeann Tweeden said Thursday that Mr. Trump "kissed and groped" her while they were entertaining troops on a USO Tour in December 2006. Tweeden also released a photo of Franken groping her chest while she slept on a flight back to the United States from Afghanistan.

At 10:15 p.m. ET, Mr. Trump tweeted again about Franken, writing that "just last week he was lecturing anyone who would listen about sexual harassment and respect for women." He then wrote "Lesley Stahl tape?," a reference to a 1995 New York magazine article where Franken described a possible "Saturday Night Live" sketch that would have "60 Minutes'" Andy Rooney drugging and raping Lesley Stahl.

.And to think that just last week he was lecturing anyone who would listen about sexual harassment and respect for women. Lesley Stahl tape?

The joke about Stahl was addressed in Franken's 2008 Senate campaign, and he issued a statement at the state party convention. In his recent book, Al Franken, Giant of the Senate, he writes that it was a "joke for the room" and not intended to air, according to Slate. The sketch eventually ended with Andy Rooney sedating Mike Wallace and photographing him nude.

Meanwhile, Mr. Trump has not yet directly commented on any the allegations against Alabama Senate candidate Roy Moore, who is accused of pursing young women when he was in his 30s. Two of those women have accused him of initiating unwanted sexual encounters.

White House spokeswoman Sarah Huckabee Sanders said Thursday that Mr. Trump "believes that these allegations are troubling and should be taken seriously, and he thinks that the people of Alabama should make the decision on who their next senator should be."