Trump Returns to Wisconsin as New Poll Shows He's Behind 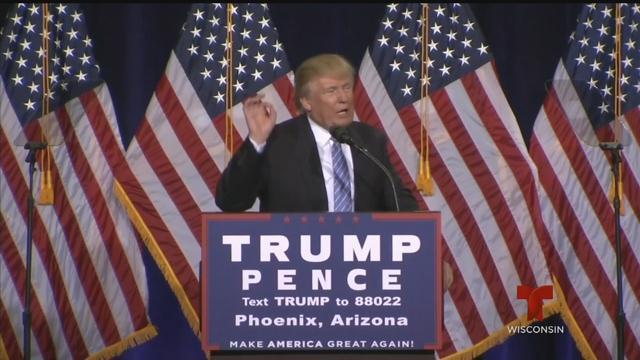 Republican presidential nominee Donald Trump is set to return to Wisconsin on Monday just as a new poll shows he’s trailing his Democratic rival by eight points among likely voters. That’s according to the most recent CNN Poll of Polls released Monday.

The Poll of Polls averages result from the four most recent publicly-released national polls that meet CNN's standards for publication. All of the polls included the four-way match-ups with the third party candidates. The Poll of Polls does not have a margin of sampling error.

All four of the polls were taken after the release of a 2005 "Access Hollywood" tape showing Trump making lewd comments about women. Since then many Republican elected officials have rescinded their support for the GOP nominee, and several women have come forward accusing Trump of unwanted sexual advances.

Trump has been making campaign stops in battleground Florida and North Carolina in recent days and travels to Wisconsin and Colorado this week. His rally in Green Bay Monday is at the KI Convention Center at 6:00 PM. That’s a later time than initially announced. Trump has canceled his previously scheduled stop in West Allis Monday due to a scheduling conflict.

Clinton continues to do debate preparation. Both candidates will face off Wednesday in Las Vegas at the third and final presidential debate.