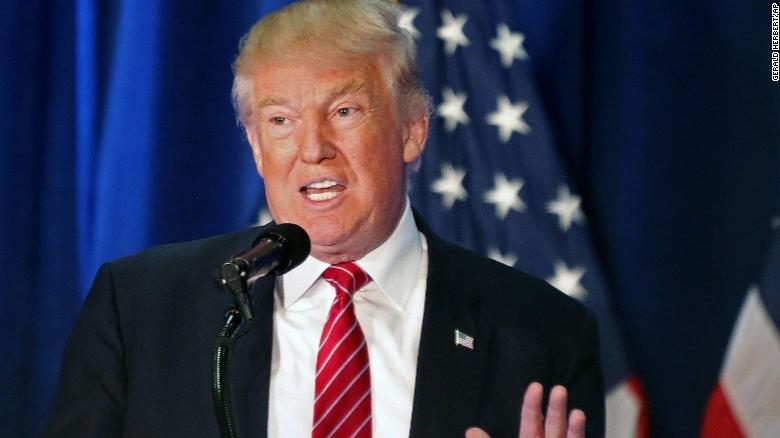 Trump has named Steve Bannon, the executive chairman of Breitbart News and a former investment banker, to the post of chief executive and promoted Kellyanne Conway, a senior adviser and pollster to his campaign, to the position of campaign manager, Conway confirmed to CNN early Wednesday morning.

The Wall Street Journal first reported the news of the campaign overhaul.

"I look at it as an expansion of the team. Paul remains as Chairman," Conway told CNN.The news came as tensions mounted inside Trump's campaign in recent weeks and as Trump's relationship with Manafort soured to the point that several people close to the campaign warned that a major staff shakeup might be imminent, sources close to the campaign told CNN.

The shakeup follows several weeks of negative headlines and alarming polls for Trump who is trailing Hillary Clinton, the Democratic nominee, in nearly every key battleground state and lagging in the latest national polls.

"I want to win," Trump told the Wall Street Journal. "That's why I'm bringing on fantastic people who know how to win and love to win."The shakeup marks the second major change in the top rungs of the billionaire's campaign.

Trump just two months ago fired his campaign manager Corey Lewandowski after weeks of internal fighting between Lewandowski and Manafort, who was initially brought on to oversee Trump's efforts to stave off the possibility of a contested convention.As the campaign shakeup neared, campaign aides pointed fingers at each other, the campaign's pollsters quarreled over strategy and the friction between Trump and Manafort became apparent.

Both Trump and Manafort discussed the friction in their relationship with friends in recent days, and a close associate described Trump as frustrated at the state of the race, leveling complaints that he has been the victim of bad advice from his political team.

"Mr. Trump doesn't trust him anymore. That's it. Pure and simple," a source familiar with the tensions told CNN, adding that Trump's gaffes and controversial statements in recent weeks have been fueled in part by his "exasperation" with the campaign's management.

"When Mr. Trump doesn't feel comfortable with the way things are managed or the way things are, he has a tendency to try to do everything, thus his exasperation becomes apparent. It manifests itself," the source said.Several people in touch with Trump or his top political advisers in recent days said they had heard a shakeup was possible. But some cautioned that such chatter was predictable and inevitable when any campaign faces tough times.Trump's decision to overhaul his campaign's leadership came as recent polls showed Clinton thrashing Trump in the key battleground states and even gaining a lead in several states that typically lean Republican, such as Georgia.

And the decision also follows a slew of self-inflicted wounds since the Democratic National Convention wrapped, with Trump exchanging barbs with the parents of a slain US soldier, reigniting intra-party tensions by initially declining to endorse House Speaker Paul Ryan in his reelection bid and ultimately suggesting that "Second Amendment people" could act to keep Clinton from appointing liberal Supreme Court justices should she become president.

Trump's campaign advisers have sought to refocus him, including through a pair of scripted policy speeches on the economy and terrorism that offered a stark contrast to Trump's freewheeling style.

But Trump has repeatedly said he is resistant to change and reiterated that Tuesday in an interview with a local news station in Wisconsin.

"I am who I am. It's me. I don't want to change. Everyone talks about, 'Oh are you going to pivot?' I don't want to pivot. You have to be you. If you start pivoting you are not being honest with people," Trump told WKDT.Corey Lewandowski, who is now a CNN political commentator, has continued to informally advise Trump, according to sources familiar with their ongoing conversations.

Lewandowski said Tuesday evening on CNN that while Trump may try to be "more inclusive," Trump "knows who he is internally."

"What he's going to do is remain true to himself, which is what this campaign has been about," Lewandowski said.

Internal finger pointing abounded in recent days as recent media accounts have portrayed a campaign in disarray and at-times feuding with frustrated GOP leaders. Differences between the Trump campaign's pollsters Tony Fabrizio and Conway, who was promoted to campaign manager, were also the source of recent tensions.

Reports of the tensions also came as it emerged Tuesday that Roger Ailes, the recently ousted head of Fox News, will begin to advise Trump as he prepares for the presidential debates.

The Trump campaign denied that Ailes would be taking on any role with the campaign and campaign aides also received a memo Tuesday slapping down those reports, according to a source close to the campaign.

The source noted that Lewandowski had issued a similar campaign memo when Manafort was hired in a volunteer capacity with the campaign.