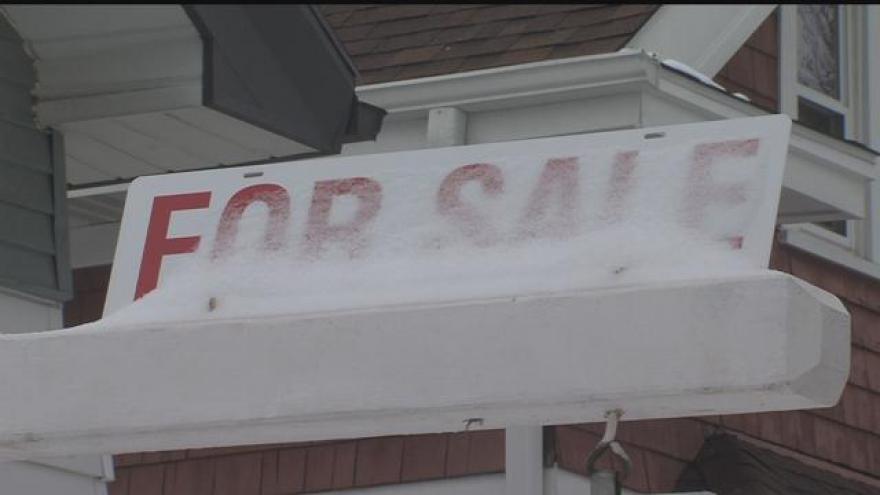 (CBS NEWS) About 700,000 to 800,000 Americans are affected by the presidentâ€™s action, according to the National Association of Realtors. Hereâ€™s a breakdown of what it means.

On Dec. 27, the Department of Housing and Urban Development announced that premium rates for mortgage insurance on loans backed by the Federal Housing Administration would drop by a quarter of a percentage point, bringing them in line with what rates were before the housing crash. Homebuyers getting a government-backed loan and who put down a small down payment would have benefited from a slightly smaller monthly payment in the first years of their mortgage.

The change was set to go in effect on Jan. 27, 2017. Ben Carson, President Donald Trumpâ€™s pick to head the housing agency, told a Senate committee on Jan. 12 that he would â€œreally examineâ€ the change, and noted that the transition team was not consulted on it.

About an hour after Trump was sworn into office as president on Friday, he signed an executive order putting the rate cut on hold.

The administration could, however, reinstate the rate cut at some point in the future, several experts noted.

Conventional mortgages require a homebuyer to put down at least 20 percent of the price of a home. A borrower can put down less, but would be required to pay mortgage insurance, which protects the lender in case the borrower defaults. This is because these types of mortgages are considered higher-risk. The cost of the mortgage insurance is added to a homeownerâ€™s monthly payment, along with the mortgage interest, principal, and homeownerâ€™s insurance that protects the property and its contents.

The Federal Housing Administration is one of several organizations that provides mortgage insurance. But other lenders use â€œrisk-based pricing,â€ meaning that borrowers considered more risky pay more, according to Laurie Goodman, co-director of the Housing Finance Policy Center at the Urban Institute. Because of this, a so-called risky borrower would pay less if they went with an FHA mortgage over a private lender.

Nationally, the FHA backs about 16 percent of mortgages, according to the agencyâ€™s statistics and figures from the Mortgage Bankers Association.

Historically, the interest rate for FHA insurance has hovered around 0.625 percent. Again, that rate is in addition to whatever mortgage rate a borrower can secure. During the housing collapse, the price of insurance rose dramatically as people defaulted on their mortgages in high numbers. After the Obama administration cut the FHA insurance rate to its current level, in January 2015, home purchases saw a corresponding bump.

With the rate now remaining at a relatively high 0.85 percent -- compared to its historic average -- itâ€™s uncertain how the housing market will be affected.

For a family buying the median home -- which cost $234,900 as of November -- the cut would have reduced their mortgage insurance payments by $576 a year, according to the NAR.

Because the rate is a percentage of the mortgage loan, however, its effect varies widely across the nation. In expensive housing markets, like those around New York, Washington, D.C. or the San Francisco Bay Area, homes often start at half a million or more. In that situation, a homebuyer could benefit tremendously from a small cut of 0.25 percent.

Part of the rationale behind the planned FHA decrease was to offset rising interests rates on mortgages, which have been steadily increasing since the election and are expected to keep rising as the economy improves. That could make it harder for borrowers to get mortgage financing.

While the change was set to go into effect on Jan. 27, because mortgages often take a long time to process, many lenders had already alerted their customers about lower rates, said David Stevens, president and CEO of the Mortgage Bankers Association.

â€œSome lenders already told borrowers that their rate was going to go down. Now they have to re-disclose, go back to the borrower and tell them their rate is going to be higher than they expected,â€ he said.

The NAR estimated that some 30,000 to 40,000 people who would have been able to afford a home purchase with the anticipated lower fee will now be shut out of homeownership, while 700,000 to 800,000 will pay more for mortgage insurances than they otherwise would have. Others may have to adjust their home purchase plans -- as a Twitter user named Jim Bennett noted.