Troubling signs for Gov. Evers and Sen. Johnson in latest Marquette poll ahead of midterm elections

MADISON, Wis. (CBS) -- There are some troubling signs for Wisconsin's top incumbents according to the latest Marquette University Law School Poll.

Democratic Governor Tony Evers and Republican U.S. Senator Ron Johnson drew negative results, with both incumbents only receiving at or below 40% support among respondents, according to the poll.

It found 40% would definitely or probably reelect Evers, with 53% saying they would vote for someone else. Johnson, who has yet to decide whether he will seek a third term, had 38% of those surveyed say they would reelect him, and 52% would vote for another candidate. 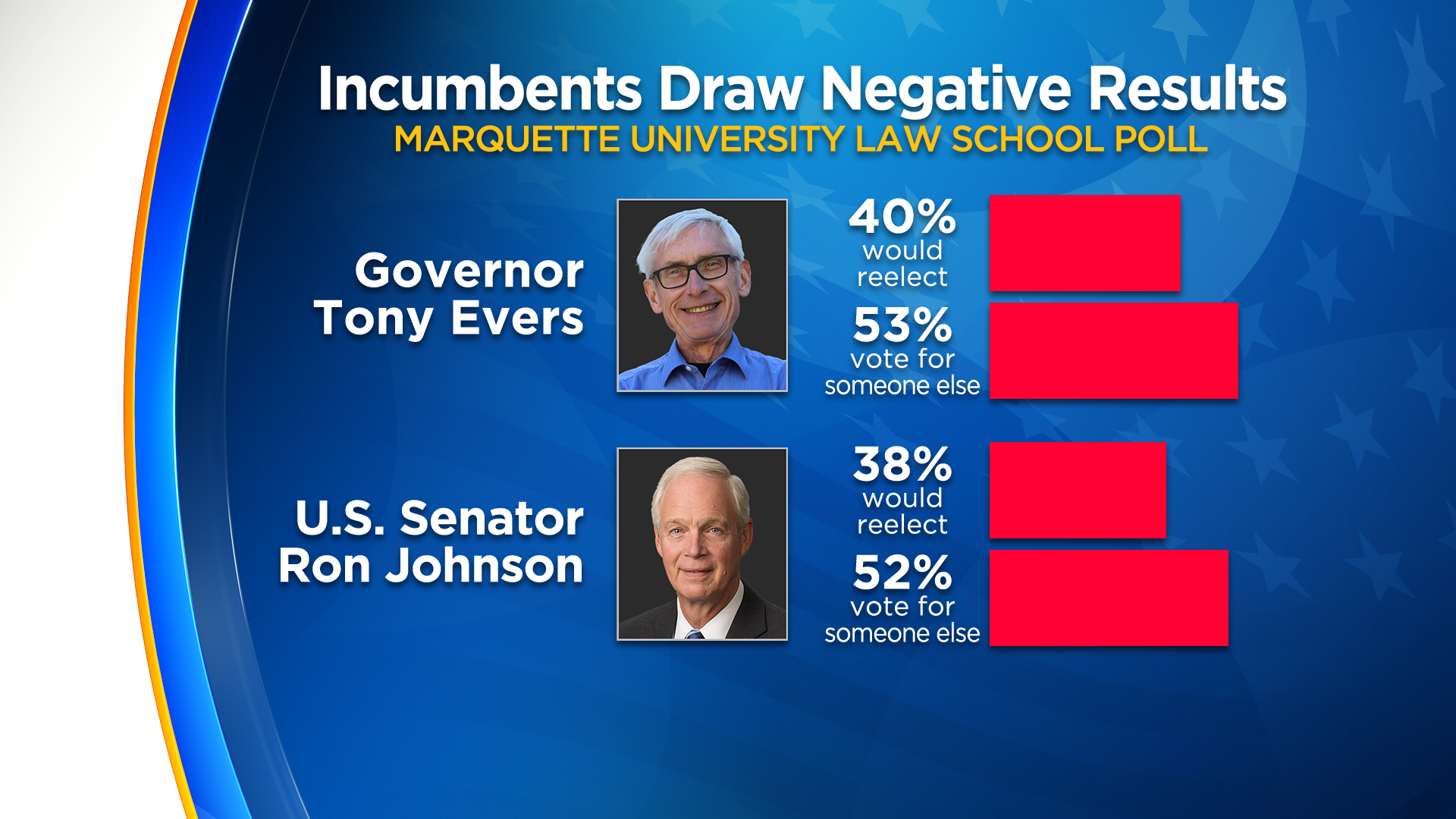 The results indicate the challenges for Republican and Democratic candidates ahead of the 2022 midterm election, said Charles Franklin, poll director at Marquette University Law School.

"Right now, voters are really not charmed by their incumbents in either party," Franklin said.

Franklin said voters' disapproval for Evers and Johnson is likely because of the current economy amid inflation concerns. He also noted all of the other political figures polled were viewed more unfavorably than favorably.

"That's unusual, I think. We have never in a Marquette poll found all the political figures we asked about to be under water," said Franklin.

The poll also asked about Republicans' ongoing efforts to investigate the 2020 election. About two-thirds of those surveyed said they were unaware of former Justice Michael Gableman's investigation and the nonpartisan Legislative Audit Bureau's report of the election. 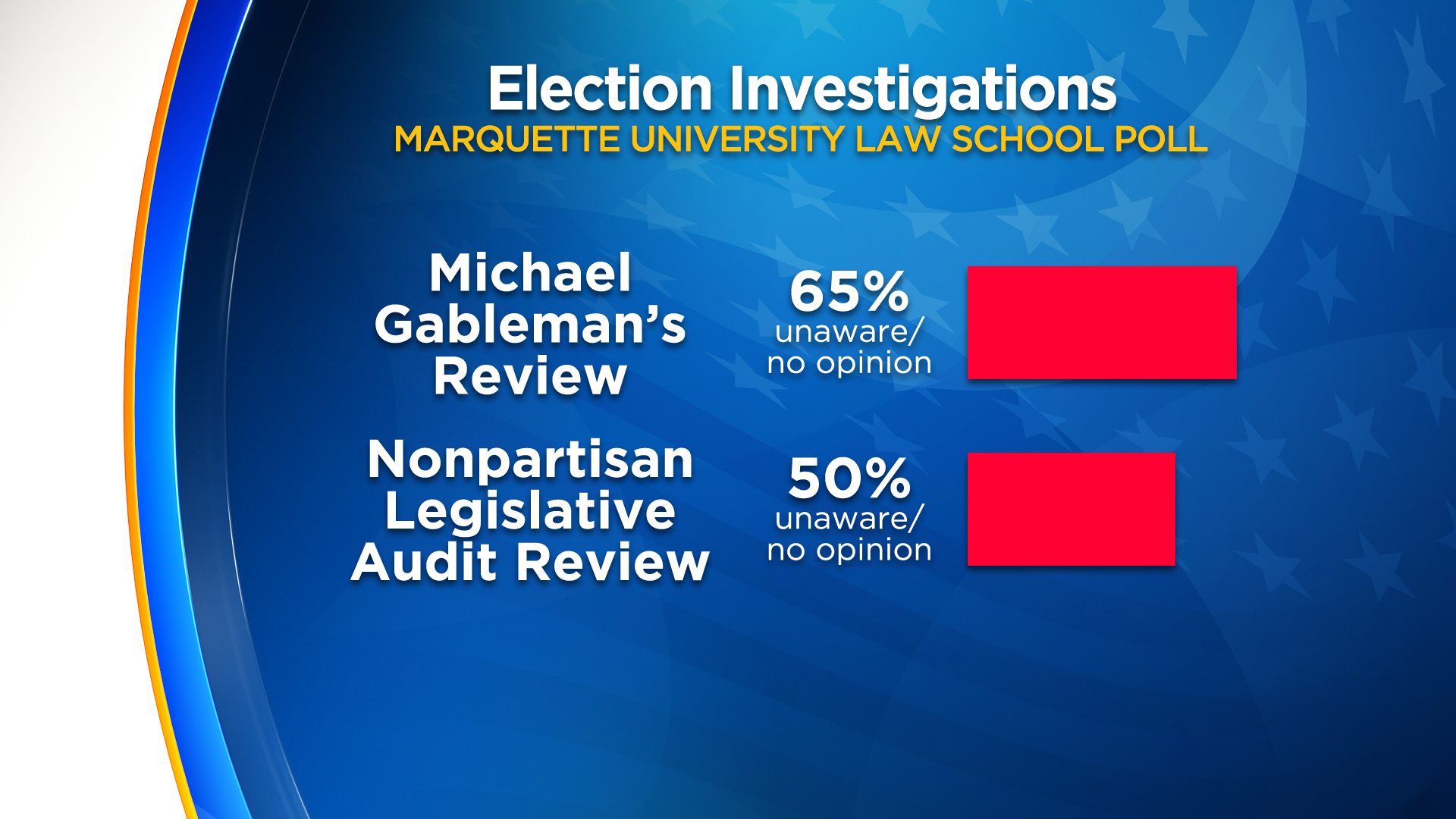 Sixty-five percent said they have not heard enough to have an opinion about Gableman's election review, 11% approve of how he's handling, while 22% disapprove.

A majority of Republicans, 72%, said they don't know enough about Gableman's efforts, with 56% of Democrats and 67% of independents reporting a lack of information about it.