Trolley Dogs back in business after remodel 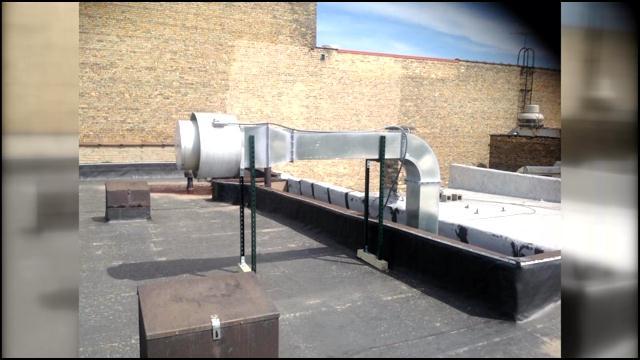 A local  favorite  in Kenosha for more than eleven years, the owner of \"Trolley Dogs\" was worried about its future.
This after a neighbor complained that the restaurant's scent was a nuisance. But with a little remodeling, the business hopes its solved all the problems.

It's back to business at Trolley Dogs after a neighboring building owner threatened to shut them down.

Its a great sight for owner Joe Catuara who thought he would have to shut down or at least stop serving fried food, after losing a lawsuit filed by the owner of the building next to his, who claimed the exhaust vent was a nuisance to her renters.

\"There were concerns there would be grease flying out of it. Its hard to prove that you're not a nuisance, basically. We had to move it by June 30th,\" said Catura.

And Catuara did just that, raising half the funds needed with the help of the community and CBS 58.

\"People were calling up and we had a couple customers saying they came in from Milwaukee because they had seen it on Channel 58 and it helped, it definitely did help.\" said Catuara.

Community members like Sherron Leggett say they were more than happy to help.

\"I mean I'm glad it's still here because where else am I going to get a Chicago style hot dog that tastes this good?\" said Leggett.

This week, a local construction crew moved the vent from the side of the building to the roof, keeping communication open with the building owner next door.

\"He sat down with her and said she's happy with where it is, she had four concerns and he addressed them with her,\" said Catuara.

Now Catuara says with no more disputes in sight, he hopes this business will be around for families to enjoy for many years to come.