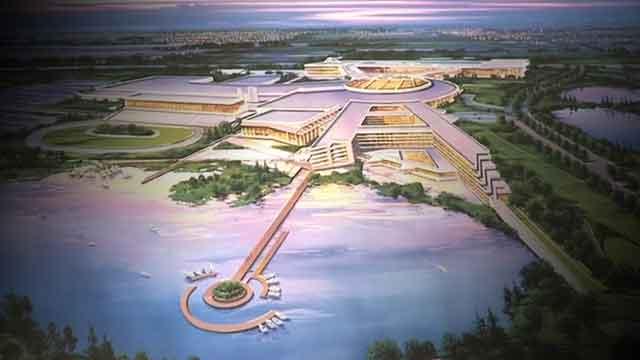 Reaction is pouring in from Governor Walker's decision not to approve the Hard Rock Casino planned to be built in Kenosha.

Governor Walker and his Administration gave the Kenosha casino project a thorough review, and we agree with his determination that this project is not in the best interest of Wisconsin.”

Governor Walker is blaming compacts negotiated by Governor Jim Doyle for his inability to approve the proposed casino. The deals insured no casino would be built in a community as close to the Potawatomi Casino as Kenosha.

The Menominee tribe says they will meet with Hard Rock International to discuss any options the Wisconsin tribe may have.

“It is hugely upsetting to hear the news of Governor Walker's decision to not approve the proposed Menominee casino in Kenosha. After twenty years of consideration and after the Menominee have offered solutions to every roadblock put up by the Administration, it is unfathomable and unjust that Governor Walker would turn his back on a project that would create so many family-supporting jobs throughout southeastern Wisconsin.

“I am extremely disappointed in Governor Walker's decision today. This is a huge loss to the Racine and Kenosha area. We all have a right to be angry and frustrated that we will not gain thousands of jobs, and an $800 million development will be lost.

“Unfortunately, we really have one person to blame, and that is Jim Doyle, for forcing the state into this no-win situation.\"