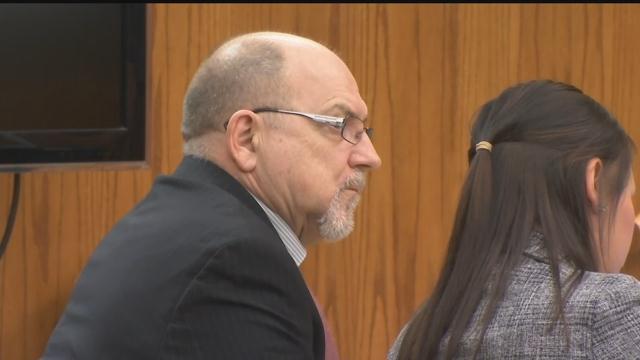 A father's emotional testimony leads off the cold case trial prosecuting the man suspected of killing 18-year-old Berit Beck more than 25 years ago.

The trial is happening at the Fond Du Lac County Courthouse and is expected to take weeks. Tuesdays opening statements laid out the the major arguments.

62-year-old Dennis Brantner is charged with first degree murder. He did not speak on Tuesday but we heard much more from his defense team which is attempting to cast doubt on the story prosecutors are presenting.

For the victim's family it's bringing back sad memories from July 17, 1990 the last day any of them saw her.

"She said 'Oh don't worry dad. All the people up north are good'," a tearful David Beck, Berit's father, said while on the stand.

Those are some of the last words Beck remembers his daughter saying to him before leaving Sturtevant in the family van to attend job training in Appleton.

Instead of making it to training she went missing after making a purchase in Fond Du Lac at a Walgreens, prosecutors said.

During opening arguments Assistant Fond Du Lac County District Attorney Dennis Kreuger said Beck's body would be found by a farmer a month later in a ditch. The van was recovered with 460 new miles on the speedometer in a Kmart parking lot.

Fingerprints on items recovered from that vehicle only as recently as 2014 have been identified as those of Dennis Brantner, prosecutors said.

"He tried to get away but now he has be found. 24 years later investigators looked again. Sometimes all it takes is a fresh set of eyes," Kreuger said.

"He told authorities I was never there. He also said 'I'm so effing sorry'," Kreuger said.

But Brantner's attorney Craig Powell argued that his client's comment was only made after hours of police questioning.

Powell argues there's no evidence connecting his client to the crime because he believes the fingerprints have been mis-identified.

And - in a huge twist in the investigation - all of the major pieces of 25-year-old evidence has gone missing from the state crime lab.

More than 100 possible witnesses have been named on its witness list. Brantner faces life in prison in convicted.