Travel advisory for fans heading to the Packers Game 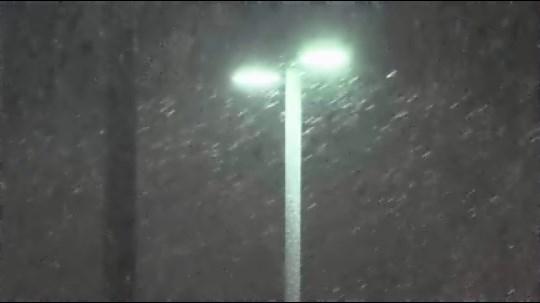 Wisconsin is getting its first snowfall of the season, and some of it should stick. With the Packers game tomorrow, and a travel advisory, it could be a rough ride to Green Bay.

Still, fans say nothing can stop them from making the drive.

Matt Kress says, \"I'm not really concerned about the weather, we're pretty safe drivers we will take our time up there.\"

Mike Kress says, \"It makes it wet, it doesn't slow us down or stop us from partying, Packers fans will be Packers fans.\"

Not everyone feels that way. Titus Dowl says, \"No I'm not on the road, I'm staying in the house tomorrow.\"

Aaron Madlock, an area resident gassed up, bought a snow blower, and a shovel but plans to use none of them if he can help it.

Madlock says, \"Once I go in I ain't going out. I even got a shovel, if someone wants the shovel they can have it because I'm not going outside.\"

Ben Simon is one of the few excited about the snow.

Ben Simon says, \"You can do the entire driveway or whatever in one pass.\"

\"We do well with catastrophes, big snow or pipes freezing that's kinda what we're here for.\"

Crews are recommending that drivers get an early start on the roads if they're heading to the Packers game because of the travel advisory.
Share this article: