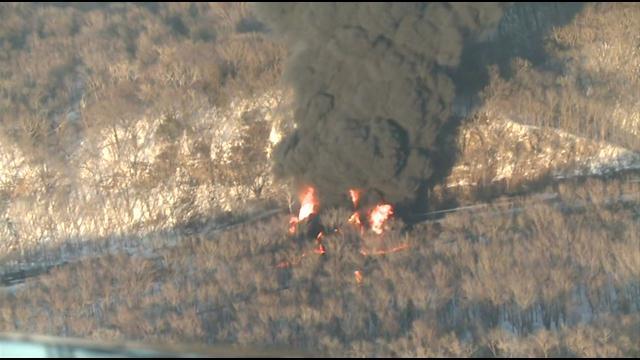 A train derailed and caught fire Thursday near the Wisconsin/Illinois border.

The train company says there were more than 100 cars loaded with crude oil.

Fire crews who first arrived on scene near Galena, Illinois had to be pulled away because the fire was so big.

There is no word on what caused the cars to go off the tracks.

There are no injuries reported.

The Galena City Administrator told the Dubuque Telegraph Newspaper that of the eight tankers that left the tracks only two were upright.

The area of the derailment is described as hilly and woody with no buildings or homes nearby.