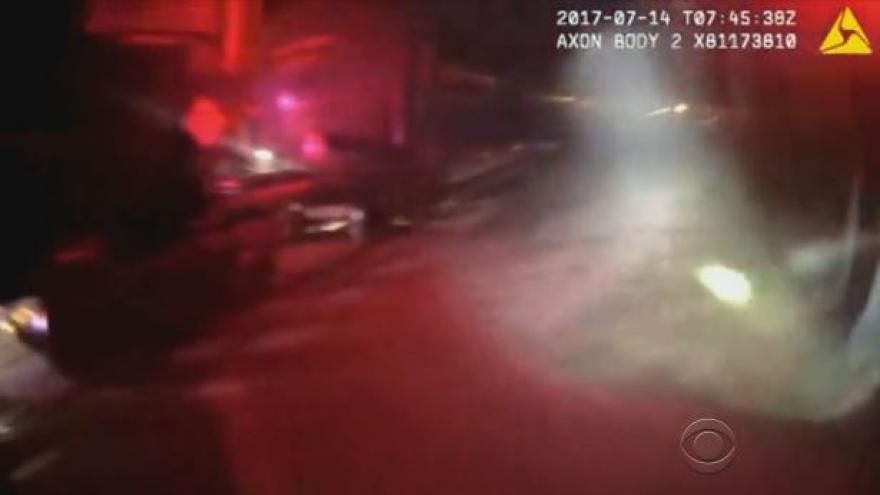 The La Marque Police Department said it appears the driver ignored the flashing lights, went under the crossing barricades and struck the stopped train.

A La Marque officer arrived and called for Life Flight for the injured man and woman inside the SUV. He was trying to comfort the man.

"I know, I know buddy, we've got medics coming," the officer said to the driver, who was asking for help. "You're fine, man. You've been in an accident."

Without warning, the train suddenly took off, dragging the SUV with it. The panicked police officer's bodycam was rolling as he chased after the train.

"Stop the train!" the officer yells in the video. "Tell them to stop moving. They're dragging the car, these people are still inside!"

He ran to an ambulance and asked them to help. "Go to the front of the train, tell them to stop moving. They're dragging this car," the officer said.

The officer then ran alongside the SUV to try and reassure the victims.

A fire truck was able to alert the train conductor to stop. The people inside the vehicle were flown by Life Flight to Memorial Hermann Hospital.

The driver was in serious condition and the passengers injuries were not life-threatening, according to police. They said there were no signs the vehicle hit its brakes before hitting the train.