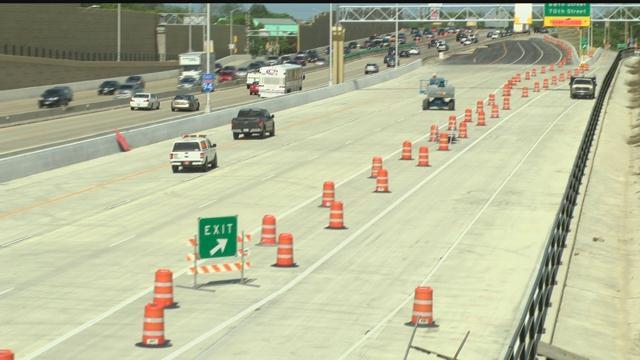 Bob Whitlow has weathered the storm of months-long construction outside of West Allis home.

"When 84th is closed you gotta make sure you take 92nd," he said. "It's going a little bit out of your way, but it's not real hassle."

Still, the homeowner said he's ready for the construction work to be done. Luckily for him, it almost is.

"84th really needed it. I mean they haven't done anything with that for years," he said.

Repairs to the 84th Street exit ramp are now finished. So, the DOT will re-open it early Friday morning, giving eastbound drivers on I-94 easier access to State Fair Park and the Pettit Ice Center.

But there is one restriction.

"For the time being, you will only be able to turn right at the bottom of the ramp," said Michael Pyritz, DOT Regional Communications Manager.

Those going eastbound must also adjust to a new traffic pattern. But drivers will travel smoothly, as they're shifted onto the new, permanent road.

Over the course of several weeks, crews have painted concrete, installed utilities and signals in one of the busiest areas of the zoo interchange.

"It's always a challenge when you have that kind of work going on," Pyrtiz said. "We've worked very closely with the stakeholders in that area to ensure we can get everybody in and out of the functions that take place."

Whitlow said the inconvenience will pay off.

"They're adding two lanes each way, [which] is really going to help," he said. "You're not going to have all the backups we've had in past years."

All of the work on eastbound I-94 near State Fair Park is expected to be complete by the end of June.