Toys R Us Fire in Brookfield Being Investigated as Arson Fire 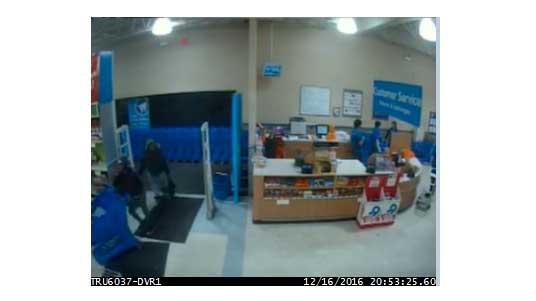 The Toys R Us store at Brookfield Square has re-opened, nearly a week after a fire forced the store to close its doors.

A fire was discovered on a shelf of stuffed animals in the rear of the Toys R Us, 355 S. Moorland Road.

A review of security cameras shows two women staged near the entry door. When the store employees leave the customer service desk to check the fire, the two women exit via the entrance pushing a shopping cart full of undetermined merchandise.

"That's pretty crazy," said Shopper Ryan Witt, who visited the store Thursday afternoon. "To have people that are that selfish. Other people need to do Christmas shopping too, and you kind of ruined the whole holiday for everyone else."

Portions of the store remain closed to shoppers, but the store is trying to restock lost merchandise in time for Christmas.

The first suspect was described as a black female. She had a slender build and was early 20s. She was s, wearing a green knit hat with gray tassel with a Packers "G" and a maroon jacket over a gray hoodie.

The second suspect was described as a black female. She had a heavy build. She was wearing a waist length jacket with fur trimmed hood, knit hat and boots with fur trim.