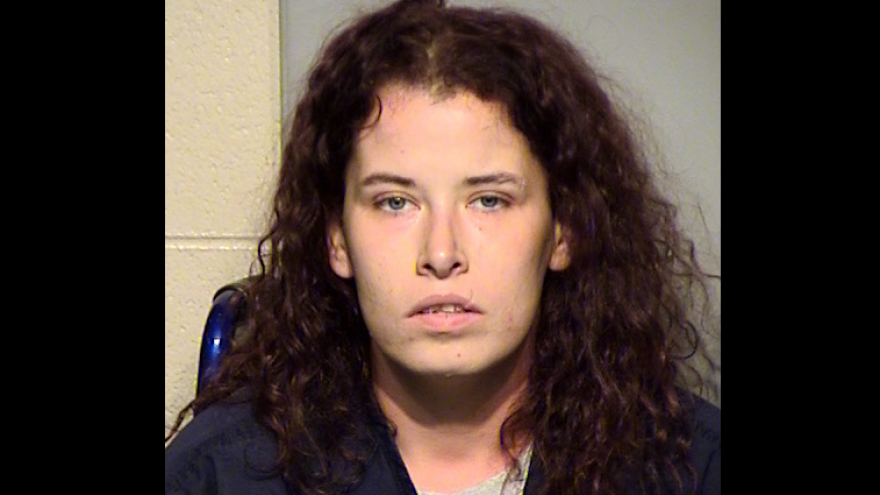 According to the criminal complaint, an officer noticed a tow truck belonging to a salvage company that he is familiar with due to multiple safety violations. The officer observed a woman driving the truck with multiple equipment violations including no safety chains and no functional tag lights. The vehicle being towed also had its headlights on.

After the truck, being driven by Murphy, disregarded a stop sign, officers activated their emergency lights and sirens. The tow truck then accelerated at a high rate of speed as it turned onto N. Pierce Street. As the tow truck entered the intersection, it broadsided a Chevrolet Astro Van causing the tow truck to spin around and the car it was towing flip over. The van became lodged against a tree and a building.

According to police, Murphy exited the driver's seat and ran to a Ford Focus which pulled over on Locust Street due to the accident. Officers tried to get Murphy out of the vehicle. The owner of the Focus tried to push her out.

Murphy refused to exit the car and bit a police officer. Pepper spray and a taser were both ineffective on getting her out of the car. She then fled the scene.

The three people inside of the van that was initially struck suffered serious injuries. According to a passenger in the van, they were picking up his sister from UWM. One victim remains in critical condition.

The owner of the tow truck called police on September 20 to report that the tow truck driver involved in the incident was at a hospital in Whitehall, WI under an alias. She was transferred to a local hospital where she tried locking a nurse in the bathroom. When an officer intervened, he was also bitten by the suspect.

Murphy will have her Preliminary Hearing on October 3.

See below for full criminal complaint.