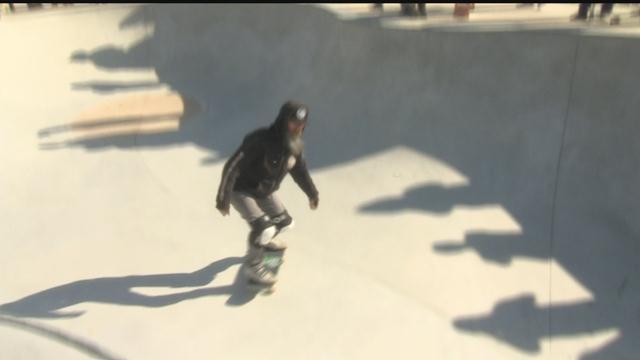 The ribbon has been cut at Tosa's new skate park. Plenty of skaters showed up to check out the new, 8,000 square foot park Saturday morning.

The park is located in Hart Park, at the corner of 70th and Chestnut Avenue.

It's been a long process to get the park approved and Mike Doyle, one of the main supporters for the park, says he spent more than a decade trying to get the park built and that at one point, his plans almost fell apart, "something miraculous happened. It was really the generosity of people of this community; the businesses here, friends, family the help we got from around the country, the world actually, and the wisdom of our leaders in the city of Wauwatosa that made this thing from a dream to concrete.”

The new park has all sorts of ramps, rails and quarter pipes skaters need to get better.