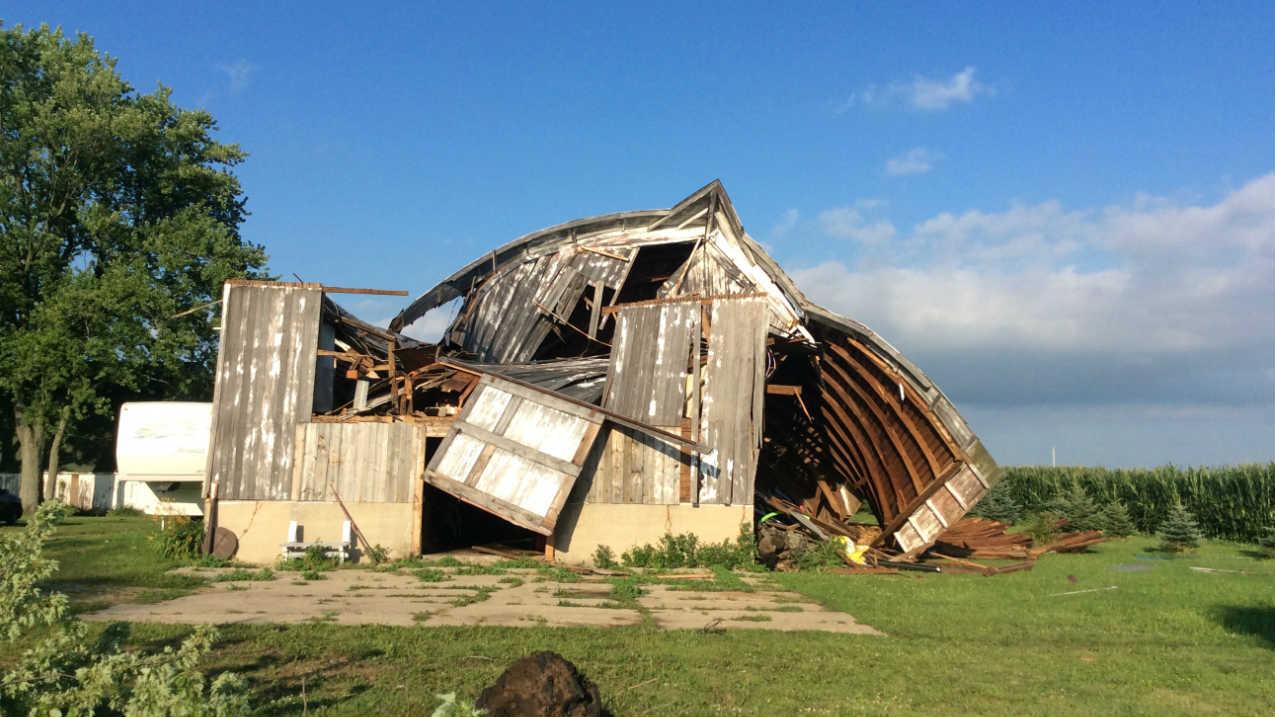 Families in Walworth and Rock County are spending the day cleaning up after a tornado ripped through town Saturday.

Christina Krause wasn’t home at the time, but said her home was in the path of destruction.

\"We had a whole bunch of phone calls that a tornado had hit our place, so we had to rush home,” said Krause.

Her barn is in shambles.

\"Coming down the road, I was in shock. I can't believe this barn came down. It was in beautiful shape,” said Krause.

There is also damage to her roof and several of her trees snapped.

\"We haven't even found all the damage on the roof. It was covered by a tarp last night, so we don't know exactly what's under there, but we were told there's quite a few holes in the roof,” said Krause.

A tornado hit Walworth and Rock county Saturday shortly before 3 p.m. According to the National Weather Service, the tornado was rated an EF-1 with winds up to 100 miles an hour.

Krause said one of the first things she did when she arrived home was check on her dogs.

\"Cleanup is first at hand and we have a ton of people for that,\" said Krause.

Friends and family all showed up to help.

\"The support from my friends and family has been amazing,” said Krause.

She told CBS 58, she is now waiting to hear back from her insurance company.