Top Jail Official Grilled by Prosecutors, Accused of a Cover-up 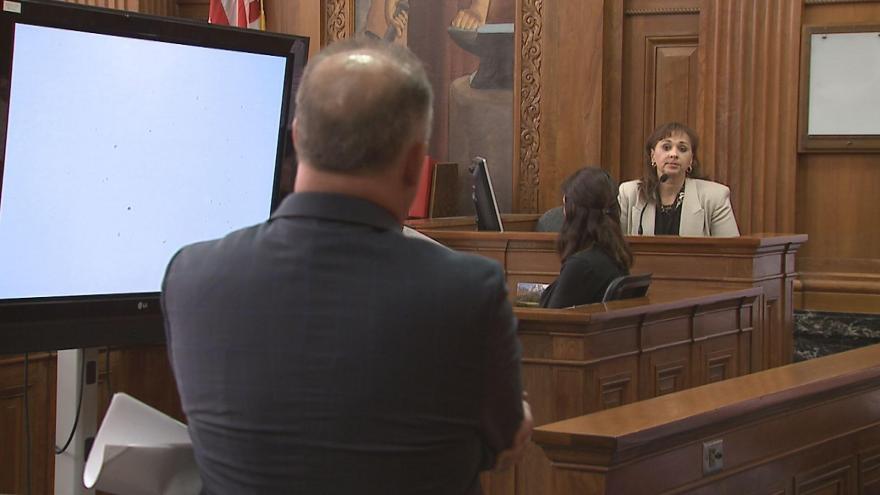 Tuesday marked day two of the inquest into Terrill Thomas' death at the Milwaukee County Jail.

The jail’s top administrator, Maj. Nancy Evans, took the stand to explain why a certain piece of video was never preserved.

Prosecutors call that video key evidence, and say a chunk of it is now gone.

A captain at the jail told prosecutors he watched the full video, and said it showed only one correctional officer open a cabinet which had access to the water valves for Thomas' cell.

Prosecutors say Thomas was left in a solitary confinement cell for seven days before being found deceased in that cell.

Tuesday, Captain George Gold testified the video showed the water valve cabinet was only opened once, prior to Thomas being placed in the cell, and that Thomas never left the cell after being put in.

The first portion of that video, which shows a correctional officer accessing the water valve control cabinet, is gone.

Evans took that stand today, and said she should’ve had it preserved.

Prosecutors questioned what Evans knew, and when she knew it.

They also used an audio recording to highlight how her testimony today clashed with what she told investigators last year.

Her story today also conflicted with testimony from a Gold. She denied Gold told her, within days of Thomas’ death, that the video shows a correctional officer opening the water valve cabinet.

Evans said, \"I’m not saying it's incompetence, I don't know why he [Gold] chose not to tell us, but he didn't tell us.\"

During Gold’s testimony, Assistant District Attorney Kurt Benkley asked, \"Do you tell her [Evans] I saw [correctional officer] go into the plumbing chase on April 17, when he's put in the cell. Do you tell her that?

Evans admitted she made a few mistakes in the weeks and months following Terrill Thomas’ death, but said none of it was with the intent to cover up what happened to Thomas inside the jail.

At one point, Benkley accused Evans of acting to destroy the video evidence.

Wednesday, the six person jury is expected to be led into the Milwaukee County Jail to view the solitary confinement cell where Thomas was held prior to his death.

Since this is an inquest, the jury will only rule on whether to recommend criminal charges against jail staff.

Ultimately, District Attorney John Chisholm is not required to follow that recommendation.