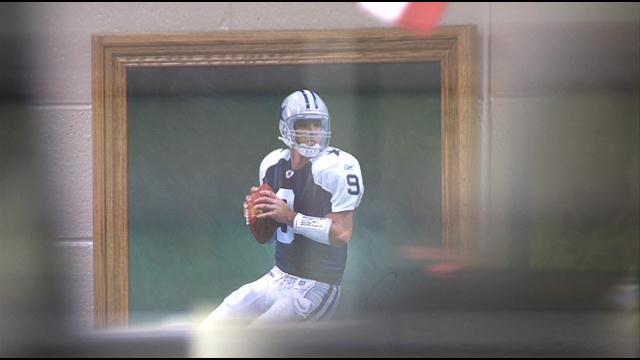 The Cowboys' wildcard win over the Detroit Lions Sunday answered the big question packers fans had been waiting for.

Tony Romo will go head to head with Aaron Rodgers this Sunday at Lambeau Field.

And did you know that Tony Romo grew up and played high school football in Burlington?

CBS 58 spoke with fans at Burlington High School who have known Tony Romo for years.

\"Everybody else became better when he was playing with us”, said Steve Tenhagen.

Steve Tenhagen said Romo was a Packers fan in high school, and that makes it bitter sweet.

\"It depends on who you ask”, said Steve Berezowitz. I know where I stand. He's a great friend. He's what you want to root for. Not that Aaron Rodgers is not. Rodgers is tremendous. This is different though. This is family.\"

Tony Romo may be wearing number 9 for the Cowboys but he started off wearing number 16 for the Demons at Burlington High School, but still there are some similarities in his game from the past and present.

\"Definitely his vision on the field”, said Steve Tenhagen. “That was one of the things that got him on the field right away during his junior year. He saw the field well and he could get the ball out quick. That's something he still does at a high level.\"

Tony Romo has a plaque displayed at Burlington High School's Wall of Fame.

Sunday's game between the Packers and Lions scheduled to begin at 12:05 p.m.