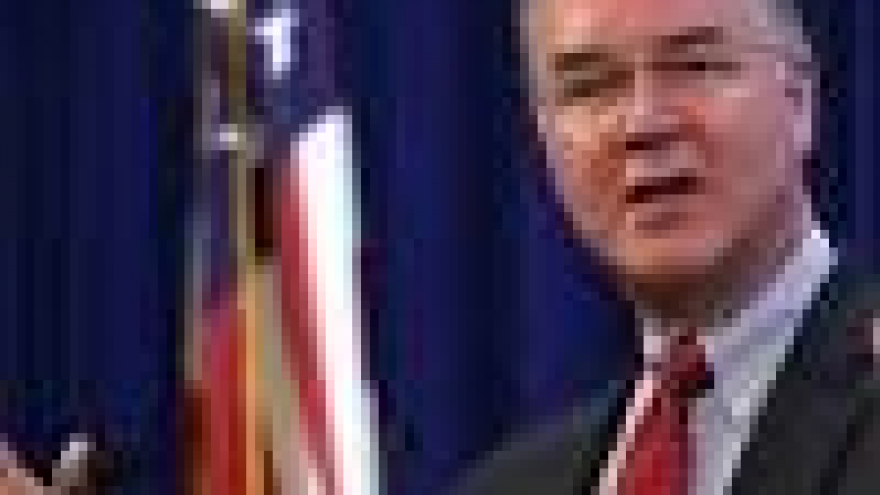 The Senate has confirmed Rep. Tom Price to serve as secretary of the Department of Health and Human Services.

Price, 62, is a Georgia Republican who spent his career as an orthopedic surgeon before entering Congress in 2005. In the last Congress, Price succeeded Paul Ryan -- after he became speaker -- as the chairman of the House Budget Committee, where he laid out budget proposals that called for an Obamacare repeal.

During one of his two confirmation hearings last month, Price told lawmakers President Obama’s healthcare law would be replaced piece-by-piece.

“No one is interested in pulling the rug out from anybody,” he said about potential losses of health insurance once a repeal is implemented. “We believe that it’s absolutely imperative that individuals that have health coverage be able to keep health coverage and move, hopefully, to greater choices and opportunities for them to gain the kind of coverage that they want for themselves and for their families.”

As he went through the confirmation process, Price faced accusations of insider trading after it was revealed that he bought shares in a medical device company last year and then introduced legislation in the House to help the company less than a week later. It was also previously reported that Price traded more than $300,000 in healthcare stocks over the last four years while advocating or sponsoring bills that could have affected the stocks of those companies.

Price, however, denied that he engaged in any insider trading or had any conflicts of interest, saying his investment portfolio was managed by a broker and he had no knowledge about the stocks that were bought in his name.

“The fact of the matter is that I have had no conversations with my broker about any political activity at all other than her congratulating me on my election,” Price said at one of his confirmation hearings.