Toddler in ICU After Swallowing Magnets 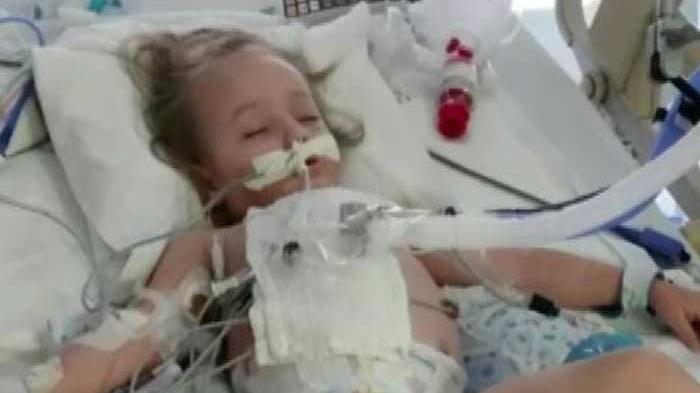 HOUSTON (KTRK) A Texas family has a serious warning for parents after their child swallowed a toy.

Little Ava swallowed several magnetic balls and is now in the ICU.

Her name is Ava, a sweet active two year old curious, and something on the refrigerator caught her eye small silver pellets magnets.

"She couldn't get up that high so- little did we know, she could,” said Lexi Kendall, Mother.

A scan revealed nine of the magnets were stuck to each other inside her.

"It created holes all in her intestines- they had to stitch up some- the others they left to heal on their own," said Lexi Kendall, Mother.

Ava is still in intensive care, but she is improving.

Her mother said the good that came out of this is a warning for other parents to hear.

"If you have magnets get em away up on top of a refrigerator or bookshelf isn't enough," said Lexi Kendall, Mother.