Toddler Gets National Guard Escort During Nor-easter for Medical Emergency 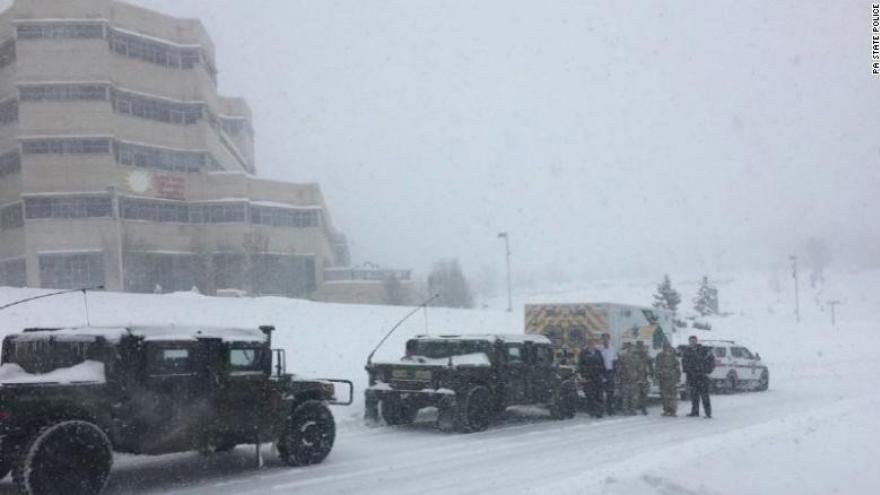 (CNN) National Guard humvees don't typically escort toddlers. But when a 23-month-old needed an emergency medical procedure, and a ferocious Nor'easter threatened to prevent it, soldiers and police in Pennsylvania jumped into action.

The child needed to get from Lehigh Valley Hospital-Pocono in East Stroudsburg to Geisinger Children's Hospital in Danville, Pennsylvania State Police said.

That's an 80-mile journey -- made incredibly treacherous by Tuesday's storm that hurled dangerous winds and dumped 20 inches of snow in the state.

But fear not -- "The snow doesn't stop us!" Pennsylvania State Police posted on Facebook.

So state troopers, the Pennsylvania Department of Transportation and the Pennsylvania National Guard joined forces to escort the child, who was not identified, for the "emergency medical procedure."

"PennDOT led the way with a plow train. State police went with the group to make sure they were safe," Gov. Tom Wolf said, according to CNN affiliate WPVI.

"The National Guard followed up to make sure that if anything happened they could help. And the local emergency responders and healthcare practitioners made sure the baby was safe while they made that trip."

After a long, slow journey through the snow storm, "the team effort ensured everyone arrived safely," state police said.

The Pennsylvania National Guard added: "This is why we serve. #AlwaysReadyAlwaysThere."