January 7 marks the anniversary of a rare, violent tornado in Walworth and Kenosha counties 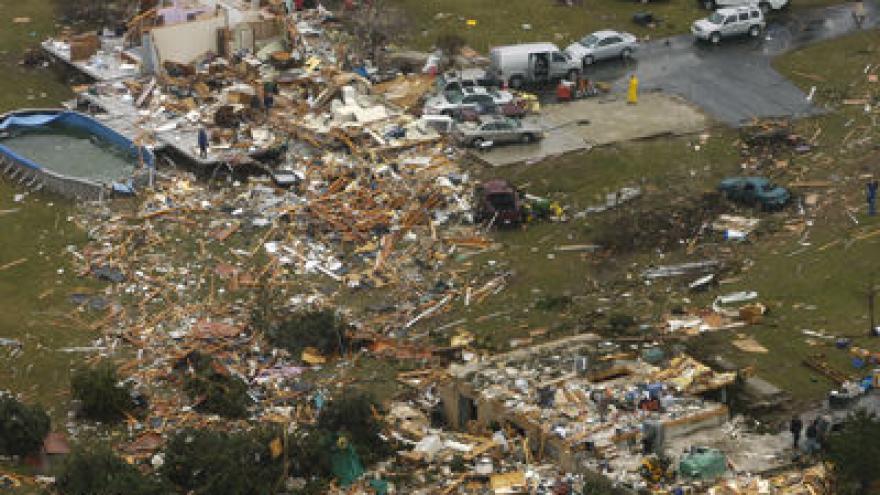 Experiencing a tornado in Wisconsin in January is extremely rare. In fact, it had only happened once between 1950 and 2007, when an F3 tornado affected parts of Green and Rock Counties on January 24, 1967. That tornado in South Central Wisconsin was part of a much larger outbreak of 30 tornadoes across mostly Iowa, Illinois and Missouri. Wisconsin ended up with 30 tornadoes in 1967. The 30-year average (1981-2010) annual number of tornadoes in Wisconsin is 23.

However, on the afternoon of January 7, 2008 a warm, moist, and unstable airmass, with temperatures rising into the lower 60s, moved into Southeast Wisconsin - setting the stage for a rare January severe weather event. Thunderstorms formed just ahead of a stationary front and produced hail, damaging winds, and a few tornadoes.  The all time record high of 63 was recorded on this date in Milwaukee.

One of the thunderstorms tracked from just north of Rockford, Illinois into far Southeast Wisconsin. This supercell thunderstorm produced an EF-3 tornado in Northern Illinois. The same storm also produced two tornadoes in Wisconsin. The first tornado spun up in Southeast Walworth County and then tracked through the Wheatland and Brighton areas of Western Kenosha County. The second tornado occurred in the town of Somers and on the north side of the city of Kenosha.

The tornado in the Wheatland area also marked the first confirmed tornado in Kenosha County since 2001 - a span of nearly 7 years! Also, Kenosha County had only seen 4 tornadoes between 1950 and 2007. The last tornado observed in Walworth County was in 2004.