"To know John was to love him:" Bar and grill honoring fallen Racine Police Officer with mural

NOW: “To know John was to love him:“ Bar and grill honoring fallen Racine Police Officer with mural

A mural is going up on the side of the Hiawatha Bar and Grill. It features a train that will have Hetland's badge number and a painting of him as the conductor.

Hetland was killed in June while trying to stop a robbery at a bar in Racine. 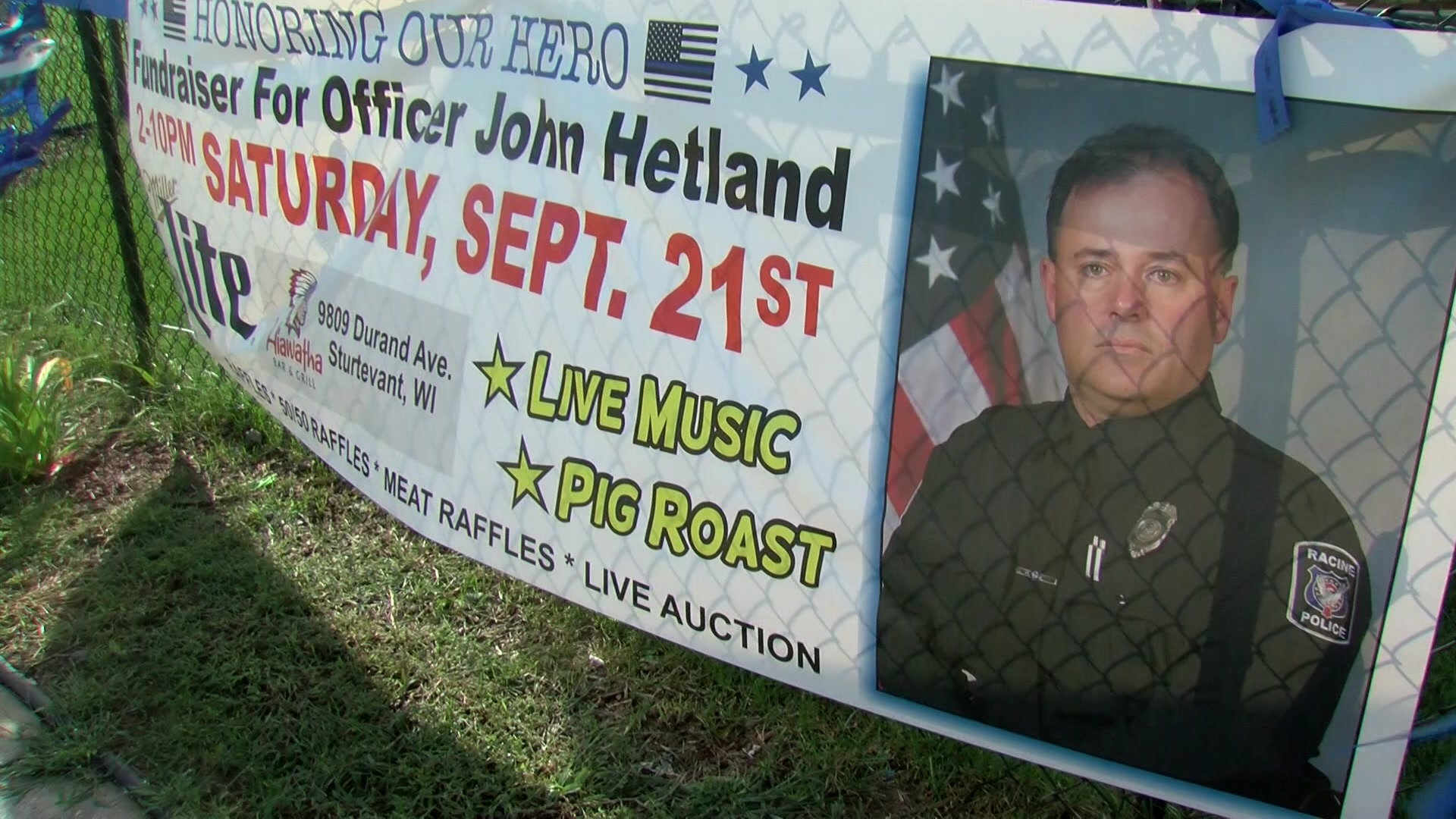 Artist Jeff Vlieger said he spoke with the owner of Hiawatha months ago about doing a train mural. After Hetland passed away, the two decided to make the mural in honor of him.

"To know John was to love him and he was one of our favorite people, favorite customers and everybody loved him," she said. "We miss him."

Vlieger said he's had many people already show support for the mural.

"It's been a really rewarding experience," he said. "I mean I see it, I hear it all the time, people beep and stuff. Just to do it, it's a feel good thing."

Vlieger plans to have the mural finished by September 21 when Hiawatha is hosting a fundraiser for Hetland's family.

More information on the fundraiser, Honoring Our Hero, can be found here.