'The Silence Breakers' are Time's Person of the Year 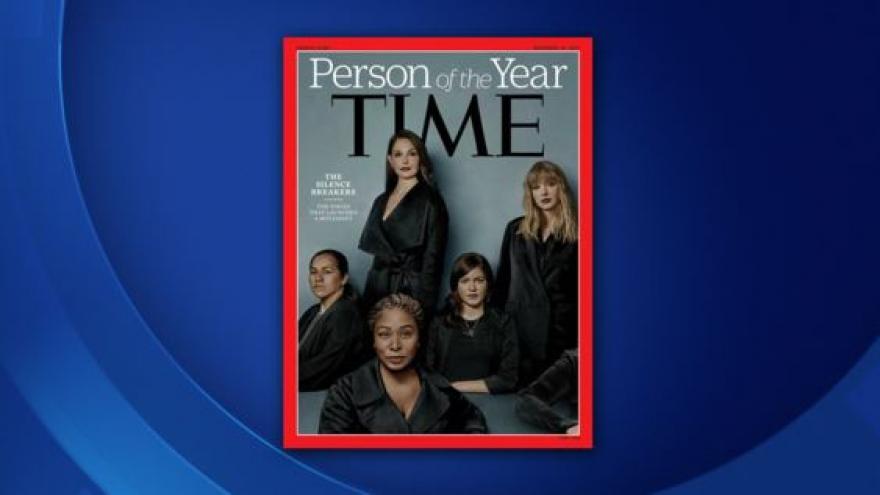 (CBS 58/CNN) -- Time magazine has named "The Silence Breakers," representing people who came forward to report sexual misconduct, as its Person of the Year.

It's a recognition of the cultural reckoning this year and the #MeToo movement, which represents the people, mostly women, who have fueled a worldwide discussion about sexual harassment and assault.

"These silence breakers have started a revolution of refusal, gathering strength by the day, and in the past two months alone, their collective anger has spurred immediate and shocking results: nearly every day, CEOs have been fired, moguls toppled, icons disgraced.

The #MeToo hashtag was created more than a decade ago by the activist Tarana Burke. But it took off last month when a slew of high-profile men

After The New York Times and The New Yorker published accusations of sexual harassment and assault against Weinstein, many more women and some men came forward with allegations against others -- including actor Kevin Spacey, comedian Louis C.K. and former NBC anchor Matt Lauer.

Related: The media men who have been accused of sexual misconduct

Last year Time awarded Person of the Year to Trump, who had just won the election. Time called him the "President of the Divided States of America."

The president tweeted last month that he was "probably" going to be given the title, adding that he "took a pass" because he would have had to agree to an interview and a photo shoot. Time called that account false.