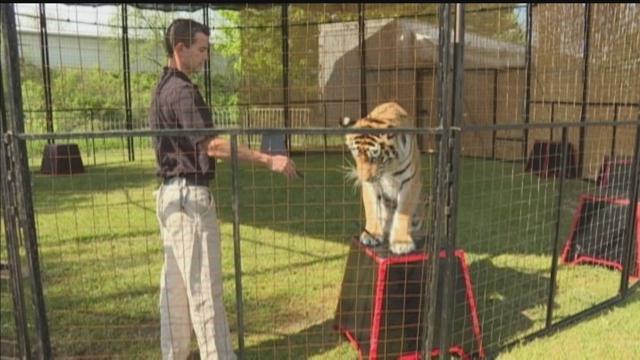 BARABOO, WI (CHANNEL 3000) Tigers are back at the Circus World Museum in Baraboo.

It's the first time in more than a decade that the big striped cats will be part of the show there.

The trainer tells a Baraboo newspaper that the two male and six female tigers have been imported for the summer shows because of repeated requests from fans.

He also said these cats were born in human care, so they can't be released into the wild.