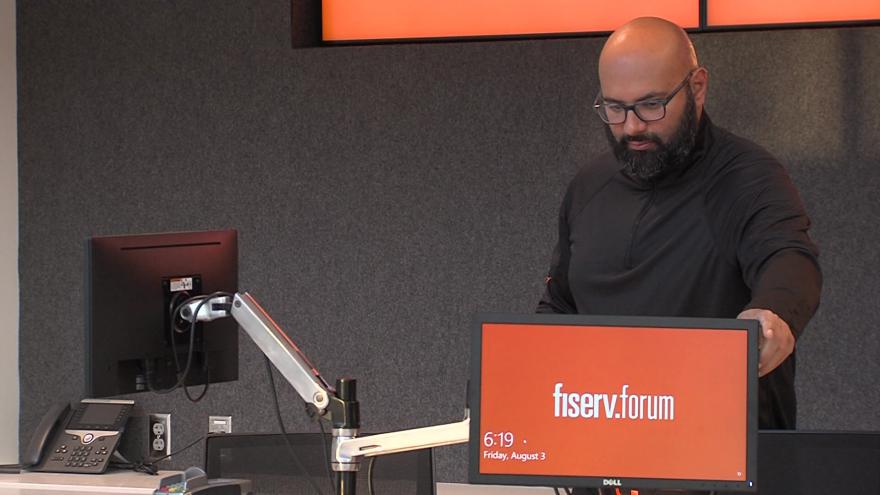 The arena was built for the Milwaukee Bucks, but the first event will not be a Bucks game. Instead, it's a rock concert by The Killers on September 4.

The official opening of the new arena comes a few days before that on August 26, but once the concert schedule kicks in, General Manager Raj Saha and his staff have some hectic days ahead.

"The fun part really comes when we have that crazy week in October, where we've got Metallica on a Tuesday, the Foo Fighters on a Wednesday, Twentyone Pilots, er, the Eagles on a Thursday, hopefully, a basketball game on a Friday and then Twentyone Pilots on a Saturday," Saha said.