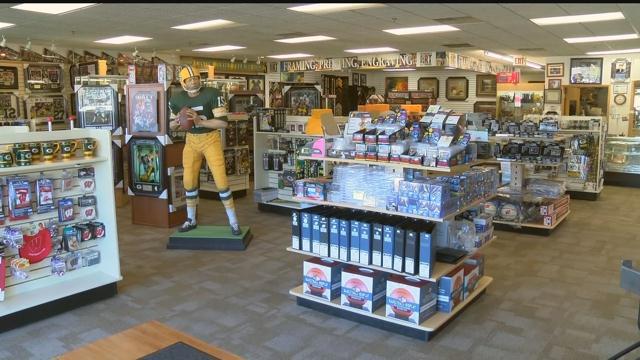 There is a ripple effect to the poor performance of the Green Bay Packers. Ticket-sellers say prices are falling for the final games of the season.

Connections Ticket Service in Milwaukee reports prices have come down slightly as playoff chances for the Packers diminish.

Here's something else to consider - if you are looking to give tickets as gifts you might only have two chances: the Christmas Eve home game against the Vikings and the New Years Day away game against the Lions.

Connection Ticket Service representatives say these might be more budget-friendly games for people who've never been to see the team in person.

That's a silver lining as other people turn to nostalgia-based gifts. Jeff Lemieux of Jeff's Sports Inc. in Brookfield sees it daily.

The memorabilia business does not necessarily slow down because of a bad season. Instead, fans might shift their buying habits, Lemieux said.

"If the current team isn't doing well people will still look to purchase Packer items but they might stick more with the Lombardi-era guys," Lemieux said.

But business is best when the Packers look like they're headed to the playoffs, Lemieux said.

"The people who are in their twenties don't even know what a losing season is. So they don't even know. For us, a little older, we remember the 80's and stuff when it was a struggle. So this is what we had for many years," Lemieux said.