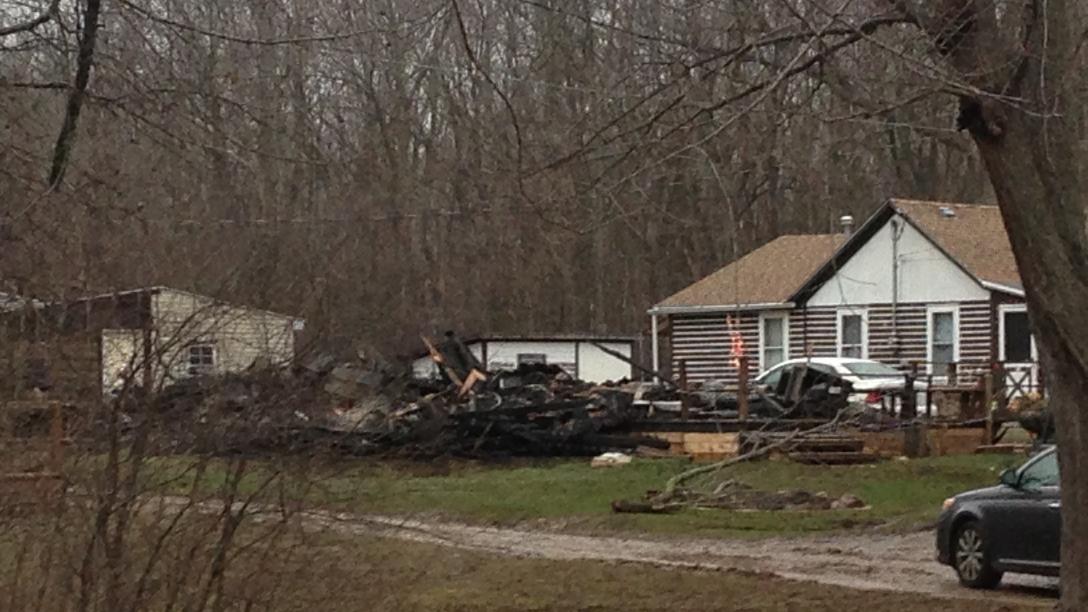 A Tichigan family of four has been displaced after their home was destroyed by a fire early this morning.  According to the Tichigan Fire Department, the home on North Tichigan Road was well involved when fire fighters arrived on the scene around 2 a.m.  It was quickly declared a two alarm fire with mutual aid provided by neighboring fire departments.

The family of four escaped the blaze, but the four were taken to a local hospital to be examined by doctors.  They were later released.  The American Red Cross is assisting the family.

Fire fighters were on the scene of the fire until 7:30 this morning.  The cause of the fire is unknown and is being investigated.  The house is considered a total loss.