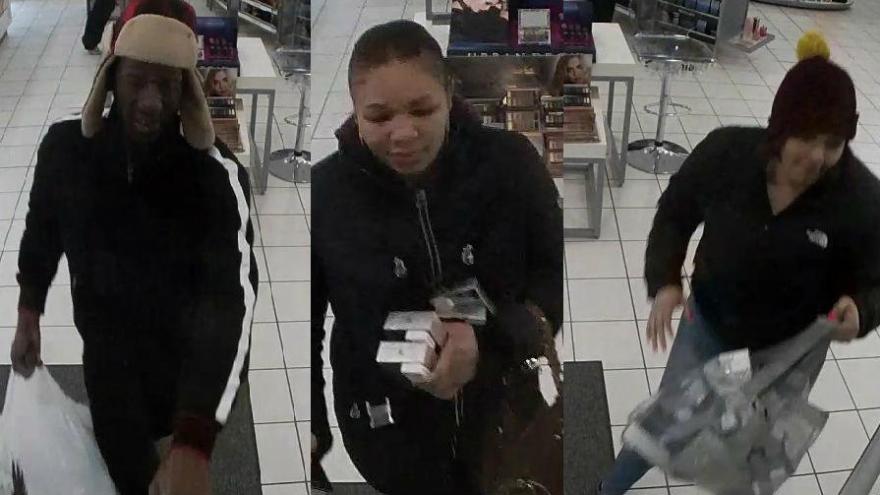 On February 9 at approximately 8:10 PM, three suspects entered the Ulta Beauty store in the Brookfield and stole several shopping bags full of perfume and cologne. The first suspect, described as a black man in his mid-to-late 20s was wearing a red and black checkered cap with ear flaps, told a store associate, "You need to back off or you're going to get hurt."

The second suspect is described as a black woman in her mid-to-late 20s wearing a black coat and a maroon cap with a yellow ball on top.

The final suspect is a black woman in her early 30s wearing a black coat with large earrings.

The suspect vehicle is described as gold or silver. The make and model of the car is unknown, but it was described as a car and not an SUV.

Anyone with similar incidents or suspect information is asked to contact City of Brookfield PD at 262-787-3702.